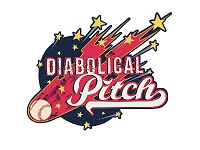 New Diabolical Pitch trailer hits it out of the park

Grasshopper Manufacture finally pulled the veil off Diabolical Pitch at Tokyo Game Show last week, but today we’re able to bring you the first official trailer since its announcement in 2010. Originally known as Codename D, Diabolical Pitch asks the player to throw and hit baseballs at oncoming hordes of monsters while utilizing everyone’s favorite motion control device, Kinect. Sounds crazy? It is. But crazy is what Suda 51 and the folks at Grasshopper do best. Check out the insanity for yourself in the trailer above.

Diabolical Pitch is scheduled to hit Xbox Live Arcade before the year is out. Stay tuned for more coverage of the game here at XBLAFans.