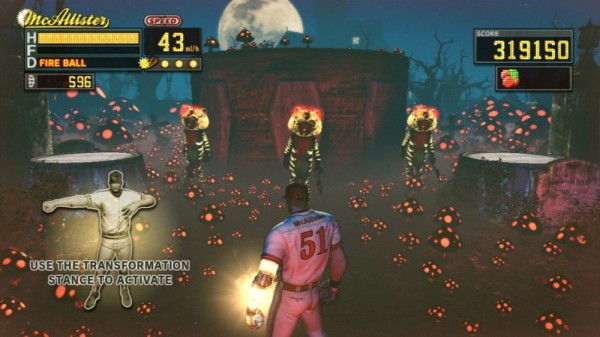 Suda 51’s Diabolical Pitch may have missed its originally announced 2011 release window, but PlayXbla.com has three new screenshots to tide eager gamers over until it releases this year.

As the title suggests, the XBLA Kinect title features a baseball player with a mean pitching arm – trailers and screens depict the player lobbing flaming fastballs at all sorts of crazy and demonic creatures, featuring all of the insanity that’s come to be associated with Suda 51 games. Originally known as Codename D, Diabolical Pitch been billed as a Kinect game for the mature audience. A solid release date hasn’t been confirmed yet, but it is scheduled to be out this year (though it was originally scheduled for 2011).