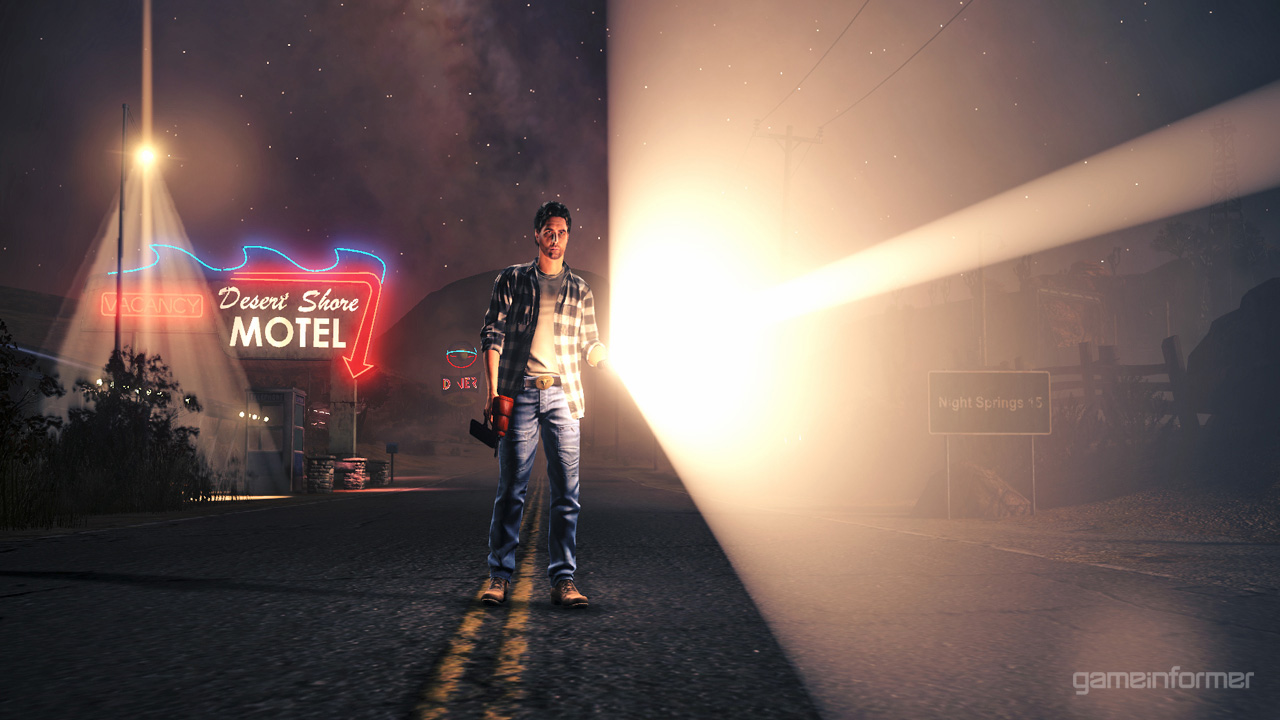 When we brought you news of a new Alan Wake game tentatively titled Alan Wake: Night Springs was making its way onto Xbox Live Arcade, fans of the series had mixed reactions. While news of more Alan Wake was certainly welcomed, some wondered why Remedy was taking the route of digital distribution and wondered if a “smaller” game could do the universe justice. Geoff Keighley, organizer of the Spike VGA’s recently spoke out about the game on Major Nelson’s podcast to quell fears. Stating that he’d seen the reveal trailer to be shown at the Spike VGA’s this Saturday, Keighley states;

“I mean, it effectively is, I think, Alan Wake 2 when you really look at it and look what they’re doing with that game. It’s really ambitious, beautiful technology and I think people are going to be really excited about it.” Elaborating, Keighley states that he believes that the new Alan Wake for XBLA will not be a “small” experience, and that downloadable games in general will rapidly be increasing in size in the future. If there’s one thing you can count on, it’s this; XBLAFans will bring you more news on Alan Wake: Night Springs (or whatever the final title may be) as soon as it breaks. Stay tuned.