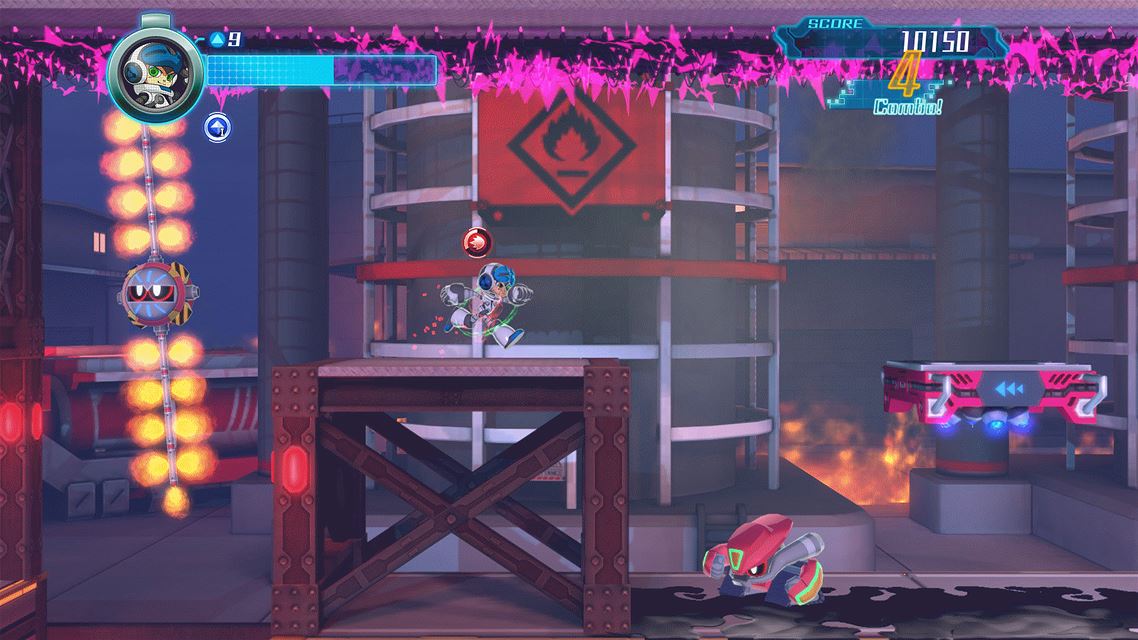 It was July of 2015, just weeks after E3 when I got the email. I had been selected to review Mighty No. 9, Keiji Inafune’s spiritual successor to one of everyone’s favorite game series, Mega Man! It was one of the biggest video game Kickstarter success stories of all time and easily one of the most hyped games of the year, and I was going to get to play it early and do the review for XBLA Fans. But then came the delays…

Then came more delays, a pretty much universally hated trailer and dying buzz. Now we’re halfway through 2016, and despite Xbox 360 release delays and widespread reports of issues for original Kickstarter backers, for the most part, Mighy No. 9 is here. To say the excitement has faded is a bit of an understatement, but it still is a game with an incredible pedigree, and something I had been looking forward to playing for a long time. Does it live up to the expectations and hype? 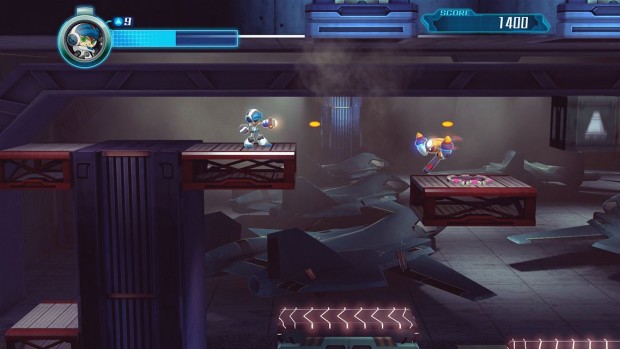 Dash — I love the dash mechanic. Not only does it provide some nice gameplay variety, but it introduces the cool combo system and gives you a way to move faster through the levels. This is something my eight-year-old self would have loved to have had in the original Mega Man.

The combo system — That dash I just mentioned allows you to build combos. As you’re blasting at the bad guys, instead of dying, they become stunned, and you can then dash through them with a tap of the right bumper. Depending on your timing, you get a percentage score that adds to your overall combo score. The bigger your combo, the more points and temporary ability bonuses you get. Chaining together kills with the dash adds up to bigger and better abilities that help in keeping you alive and powerful. Those power-ups are something you’re going to need as you progress through the difficult stages. Because they’re not just being simple items you pick up, but rather things that are given to you based on your skill and ability to chain together the aforementioned combos, it becomes the one area of the game that feels like you’re being rewarded for getting better and learning to play better. 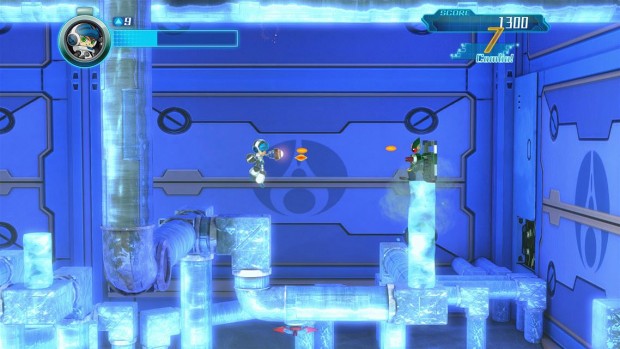 Where’s the heart? — Instead of feeling like a new game by Mega Man‘s creator, Mighy No. 9 feels like a game made by someone who loved Mega Man when they were a kid and hasn’t played it for a while. Gone is the charm, the addicting gameplay and the memorable levels and character designs. All that’s left is the weapon power-ups you gain from the bad guys, the ability to play the levels in any order and a crushing level of difficulty.

Those weapons — One of the hallmarks of the Mega Man series was getting weapons from each of the bosses that you could then use on other levels. Part of the fun was figuring out which weapons worked best on which levels. All of that is still here, but when it comes down to it, nothing works quite as well as just mashing the button on your regular pew-pew arm cannon. A better balance to the weapons’ abilities would have went a long way towards giving you a reason for actively switching.

Characters and story — My thanks to the design team for letting me skip the dialogue scenes, because they are excruciating. The characters are pretty obnoxious, and it all has a very half-baked modern kids cartoon feel (that’s not a compliment). Perhaps it’s a bad localization of the voice acting — although the fact that no one’s mouth moves in a 2016 game is annoying too — or just the really run-of-the-mill story. Whatever it is, just let me get back to shooting.

Wait a minute — You’re telling me I have the ability to refill my energy from the pause menu? Why wasn’t I told about this in one of the annoying cut-scenes before I died like a million times on the second boss? And what’s with the dozens of other informational guides in the pause menu, some of which don’t even apply to me until later levels? The amount of information given to you in the pause menu is mind-blowing, but while some of it is grayed out until later in the game, some of what isn’t grayed out can’t even be used, so there’s no rhyme or reason to it. The game has a very strange way of dishing out information.

Hard as ever — I’ve read elsewhere that one of the negatives of Mighty No. 9 is the difficulty isn’t up to that of some of the classic Mega Man games. Well, those people either didn’t play past the second stage or they must be way better at video games than me, because after the second stage, the difficulty ramps up to ridiculous levels. Challenge is a great thing in these kind of games, but the problem is that, with the aforementioned lack of charm, you’re not left with much of a reason to want to continue after dying for the dozenth time.

Load times — Perhaps this is a bit of a nitpick, but it is 2016, and I think it’s fair to expect decent load times out of a video game, especially a 2D platformer. But if you’re in the rhythm of a boss battle and die and want to get right back in to try to beat him again, you’re going to have to wait for a 15-second black screen to pass before you can get your second chance. It’s even more annoying when you accidentally make a bad jump right away after dying and have to go right back to that loading screen even though you were only back to playing for like two seconds.

So Mighty No. 9, as you’ve no doubt heard already, isn’t the exciting return to the days of perfect action-platforming we all dreamed it would be. But is it bad? No, not really. What it is is a victim of extremely unrealistic expectations. Perhaps the famous Kickstarter campaign is to blame for that. Or maybe it’s our nostalgia-fueled game culture. Or maybe some of us just don’t have the patience for really hard games designed for kids. Whatever has lead to this unfortunate disappointment doesn’t really matter, because if you love these kinds of games, it’s really not that bad — but only if you really love these kinds of games.

Mighty No. 9 was developed by Comcept and published by Deep Silver on Xbox One. It was released on June 21, 2016 for $19.99. A copy of the game was provided by Deep Silver for review purposes. 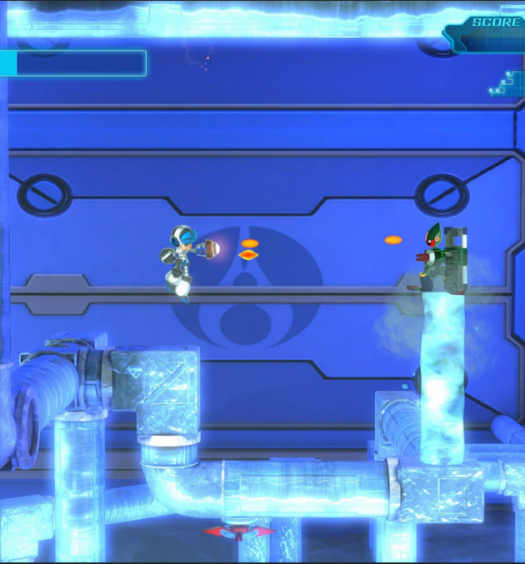 Mighty No. 9 is now officially delayed into 2016

Read More
Mighty No. 9 is now officially delayed into 2016