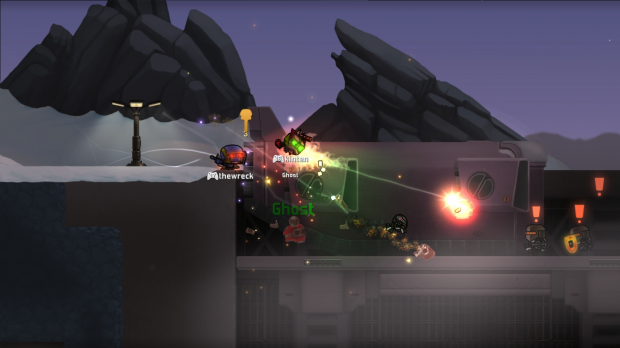 Chris Charla, director of Independent Developers for Xbox (or ID@Xbox), spoke with Game Informer recently and talked about why indie developers should consider self-publishing on the Xbox One. Charla, who has “always been a huge fan of XBLA” particularly for their “short-form game experiences” also discussed how exactly the program works. In order to self-publish on the platform they need to be a “registered developer” who will then receive free dev kits in order to work on their titles. He also added that Microsoft are “not really dictating the games” and that first and foremost they want to “[make] sure that our players have access to tonnes of original content.”

The interview was accompanied by screenshots and footage of games that have not been self-published such as Cobalt, which is being published by Mojang and developed by Oxeye Game Studio and Fatshark, as Charla went on to discuss why self-publishing is not the only option for developers. “There’s lots of reasons to still go with a publisher” such as “financing,” “quality assurance” and also “promotion and marketing.” He also said that this was a good option for those developers who “want to focus on the game.”

Despite this he added that there was “no exclusivity provision” for the program, giving developers more options in terms of a release. They also “went out and talked to more than 50 different developers” in order to assess what independent developers would like to see and learned that what they wanted most was “discoverability” on the Xbox One which will now place all of the games that are available on the marketplace together. Charla also told independent developers to “get in touch.”