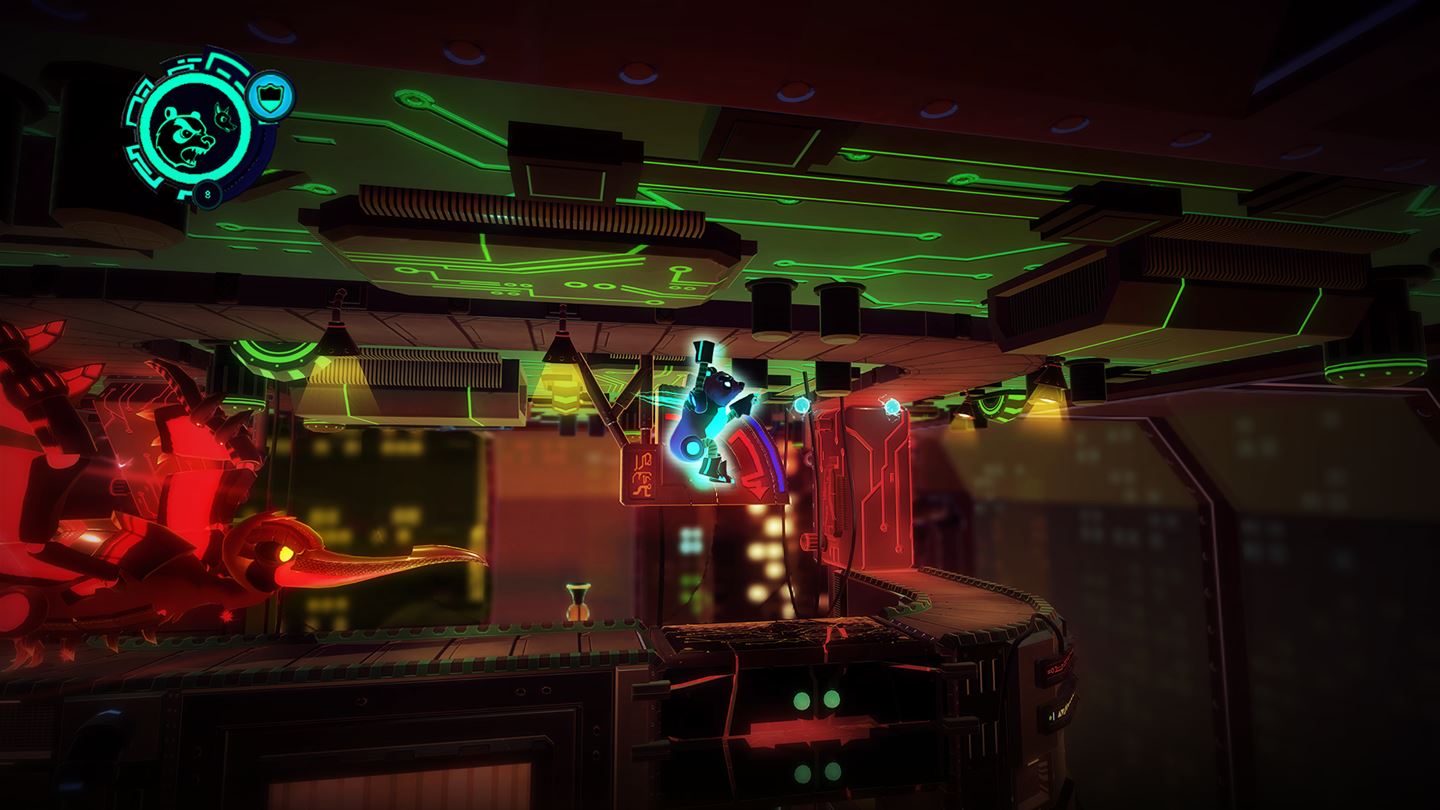 Mekazoo Review: Should it be this hard?

Mekazoo Review: Should it be this hard?

Roll, bounce, swing, speed, and fly through levels as mechanized zoo animals in Mekazoo. It’s hard to describe Mekazoo outside of the basics as it never makes too big of a name for itself. The game traverses five different environments, each with their own set of levels to explore and conquer. The levels are detailed and colorful and can be a joy to look at. Mekazoo is definitely not for the faint of heart or those who can’t stand to get angry over games, as Mekazoo is one the hardest games I’ve played lately. Mekazoo is a 2D platformer that claims to derive inspiration from classic games, but I was often left wondering if it took the right lessons from the games it looked towards for insight. 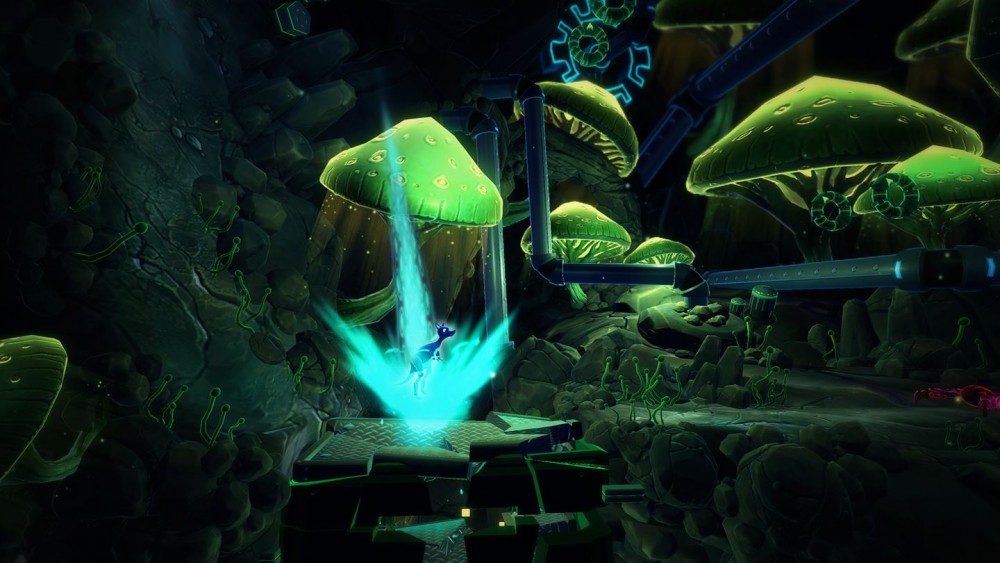 Creative ideas – While the execution of some ideas left more to be desired, there was still a lot of creativity on display throughout Mekazoo. One of the core components of Mekazoo is the ability to swap between one of two characters on the fly with a single press of a button. This adds an extra depth to the game as timing swaps right is incredibly important, as well as knowing when to use each character. The different playable characters each have a unique ability to master and each ability feels and plays differently than the others. One second, I found myself bouncing between walls as a wallaby and the next I was spinning forward at high speeds. The co-op is also clever with each player only getting to play as one of the two forms and swapping will switch who is in control. 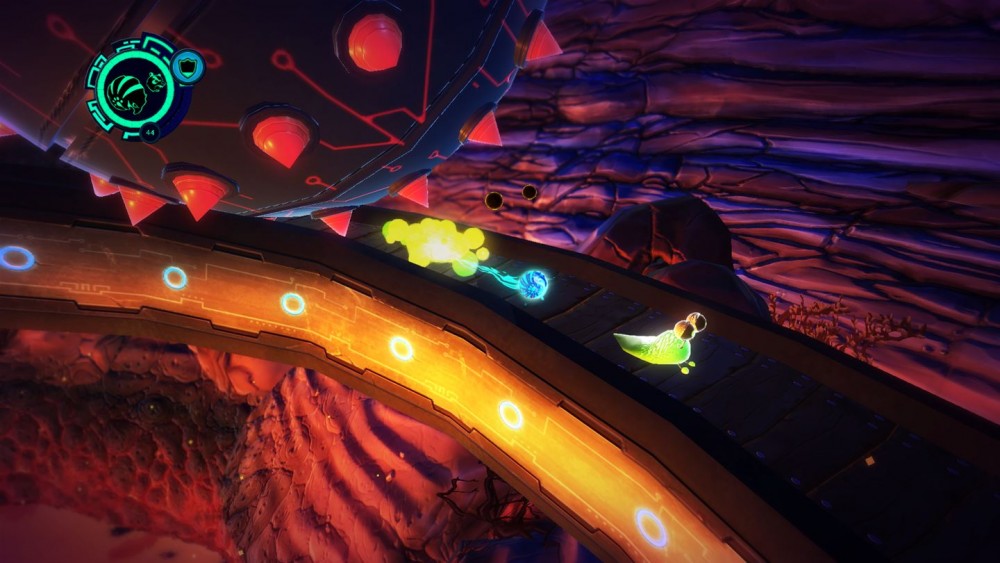 Technical issues – There are a host of technical issues within Mekazoo, and they all directly and negatively affect the gameplay. Once I hit the fourth world, every level I played had horrendous frame rate drops in at least a handful of sections. I also had numerous bugs that halted a level and could only be solved restarting the level or game. One bug caused my character to spawn above the ground frozen except for the fact that I could still character swap and activate their abilities.

Constant grind – After the first few levels of Mekazoo, the game becomes a grind that it never really recovers from. In plenty of games grinding is a mainstay but that generally hinges on how fun the base game is and, oftentimes, on the genre of game. 2D platformers don’t regularly feature all that much grinding and for good reason; it just doesn’t make sense. A lot of this stems from the fact that Mekazoo‘s levels are very challenging, and I often found myself spending upwards of an hour or more on a single level towards the later stages of the game. However, this wouldn’t be as big of a problem if levels didn’t need to be replayed to earn additional medals in order to unlock new levels. Replaying levels that I didn’t find all that fun, to begin with, while trying to earn medals that reward specific styles of play is the epitome of an awful grind.

Incredible difficulty with little reward – Mekazoo is a difficult game at nearly all stages. Difficulty isn’t a problem in games as long as the difficulty is fair, unfortunately; that isn’t the case with Mekazoo. The aforementioned technical issues make the difficulty ridiculous in the final two worlds, and it never feels fair, especially when most deaths come from frame drops and the inability to see what’s happening on screen. The inability to see what’s occurring on screen extends further than the last two worlds and is actually a consistent problem throughout the game. Character models regularly blend into the backdrop making it nigh impossible to see where my character model was or where I was even going. The abilities of each character often don’t have the precision needed for segments of levels which also adds to the difficulty. Some of these problems would’ve been allayed by only needing to play a level once but as was mentioned that was not the case. At the end of the day, Mekazoo is a grueling slog through each level because of the difficulty and no point did I feel any sense of reward for what I had accomplished.

All the wrong lessons – For a game that looked to the past to find inspiration it feels as though all of the wrong lessons were learned. There’s not much story, the game is absurdly hard and there are two abilities mapped to eight different buttons. The lack of any compelling story provides less an incentive to keep moving through the game and really transforms a game into a grind. Oftentimes minimalist control schemes work great in games, but I constantly felt like Mekazoo could’ve benefitted from giving players more control over their characters. For instance, a jump button would’ve been amazing in numerous circumstances throughout the game. 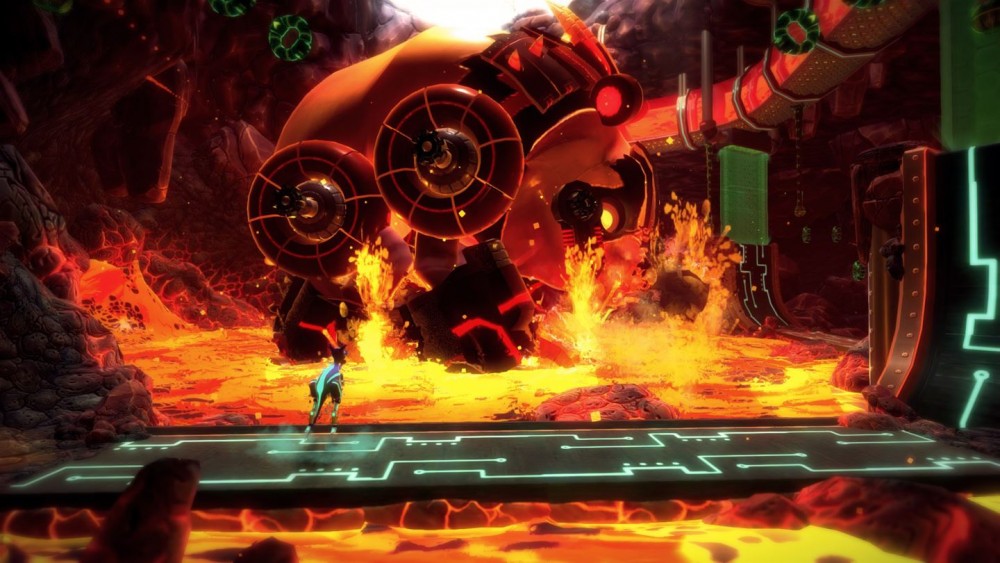 As someone who grew up playing games on the Super Nintendo and as an enormous fan of 2D platformers, Mekazoo seemed perfect for me, however, my expectations differed alarmingly from reality. Mekazoo never became fun for me to play and it always felt like a grind to get from level to level. A lot of this stems from the high difficulty and technical issues but Mekazoo really isn’t all that fun even after achieving a modicum of skill at the game. I found that I was quite skillful when I went back to replay earlier levels but even then I wasn’t having all that much fun with the game. There’s certainly plenty of hours of game time in Mekazoo and plenty of replayablity; I just don’t understand why anyone would subject themselves to Mekazoo.

Mekazoo was developed and published by The Good Mood Creators on Xbox One. It released on November 15, 2016 for $19.99. A copy was provided for review purposes.