Although no official release date has been announced, a listing on the Xbox Marketplace website seems to indicate "Deep Black: Episode I" is still on track to hit XBLA eventually. 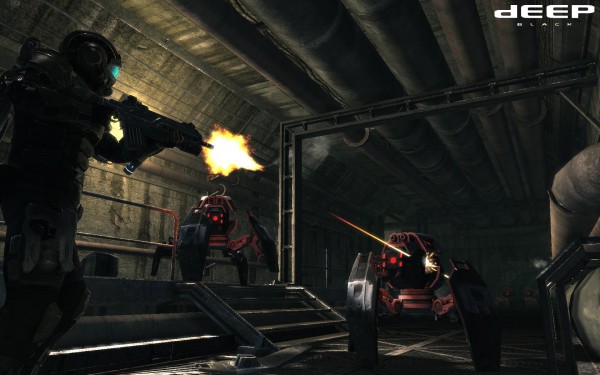 For nearly two years, little information has been released on Biart Company and 505 Games’ Deep Black: Episode I, originally announced in July 2010. That kind of lag time might lead some to worry the game might never see the light of day, but it seems all hope is not lost – the Xbox Marketplace has put up a listing for the game on its website.

As the title suggests, Episode I is intended to be the first of a series of episodic releases in what’s been billed as a third-person shooter featuring “complex science-fiction mystery, espionage and bio-terror” and set almost entirely underwater. The game takes place in the not-too-distant future, in a world torn apart by terrorism and chaos. Neither pricing nor an official release date for Episode I is currently known – a previous Feb. 13 listing was merely a placeholder. The game will feature online multiplayer for up to eight players.