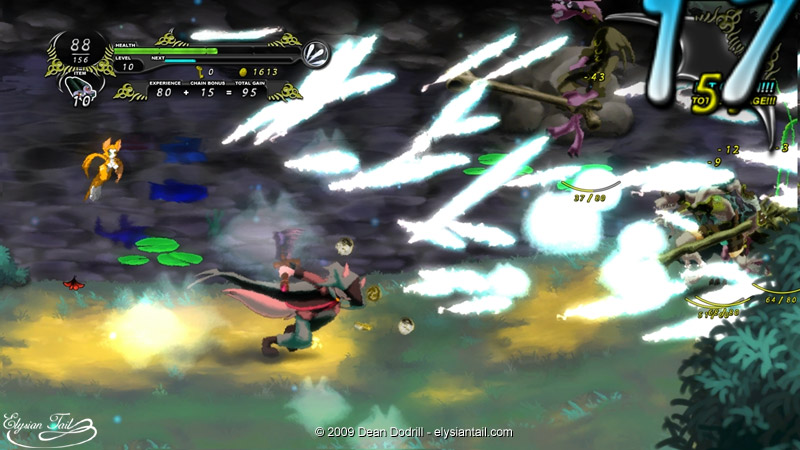 New Dust: An Elysian Tail media has emerged to kick off the new year, spinning heads and tickling artistic senses on its way. Serving as a tie-in with an animated movie that goes by the name Elysian Tail, Dust: An Elysian Tail is a beautifully crafted 2D Action-RPG that aims to bend the visual line between animation and videogames. Just take a look at the trailer above and you’ll get the drift. The game promises to harken back to old school action games, that reward mastery of the combat system and exploration. The developers also intend for children to be able to enjoy the game as they will be drawn in by the subject matter. Winner of Microsoft’s Dream.Build.Play contest in 2009, Dust: An Elysian Tail (an XBLA exclusive) will finally launch in 2012. Stay tuned to XBLAFans for more coverage of this beauty as it’s release draws closer.