Do you want a hyper-realistic simulation of the life of a farm animal? Well, we don’t have that, but we have the next best thing. Goat Simulator is coming to Xbox 360 and Xbox One this April.

Goat Simulator released last year on PC and took the world by storm with its non-stop randomness. You play as an indestructible goat with an impossibly long tongue, out exploring an intentionally glitchy open world full of secrets. You must find as many ways as possible to rack up points, whether it be by doing flips, causing mayhem in the streets, or climbing ladders with your head. Check out the trailer after the jump, which contains the most dramatic goat footage you’ll ever see. 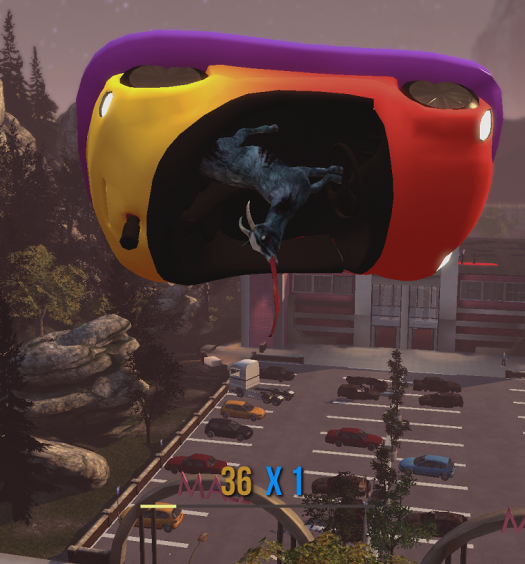