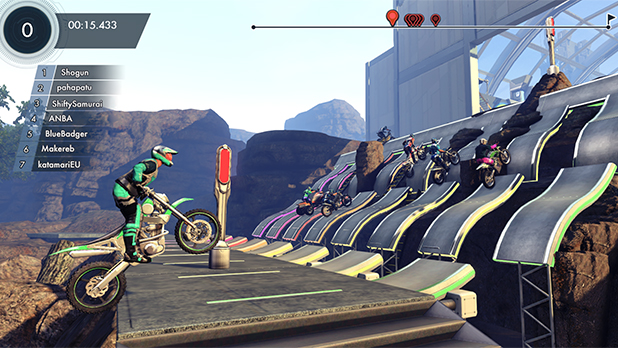 Trials fusion owners for the Xbox 360/One will get a free update early next year the includes both online multi-player and teams. These features are slightly different for the two consoles; The 360 version supports 4 player online matches and the Xbox One version supports 8 players. Teams will be up to 50 players and are represented by an emblem and name. Players on a team can also have private team matches online and communicate via a “team bulletin board” where messages can be posted. The beta version of these functions is currently being tested on the PC, and will be implemented on the consoles as early as January 2015.