Finishing the challenges offered by week four of Fortnite Battle Royale’s sixth season should be no challenge at all. Once all challenges are complete, it’ll be once again time to pull up that unlocked loading screen, equip your handy dandy magnifying glass and seek out the secrets held within. This week reverts back to yet another secret banner for players to find. This week finds the character fable in a crypt style area with Axe in hand. Behind her, we see the Dusk character just hanging around. Looking to the right of the image we see what looks like a gravestone with an image etched into it. Players can see what looks like the shape of a Llama with the banner symbol on its backside. While there is plenty of supply Llamas that could potentially spawn around the map, the Llama in question in this image relates to the giant metal Llama found just north of Junk Junction.

The giant metal Llama stands on the top of the hill. The very sight of it is just majestic. There are two ways to get to the banner that resides on his back. You can land on top of the Llamas’ head (there’s a chest inside the head normally) and then proceed to jump down to his backside, or you could land near his feet and take the stairs hidden underneath him up to his backside. Once you arrive on his back, you’ll need to go to the slanted part of his back and just above you; you should see and hear the banner. Simply hold X to collect the banner and then finish the match. The banner will be waiting for you in your locker afterward. 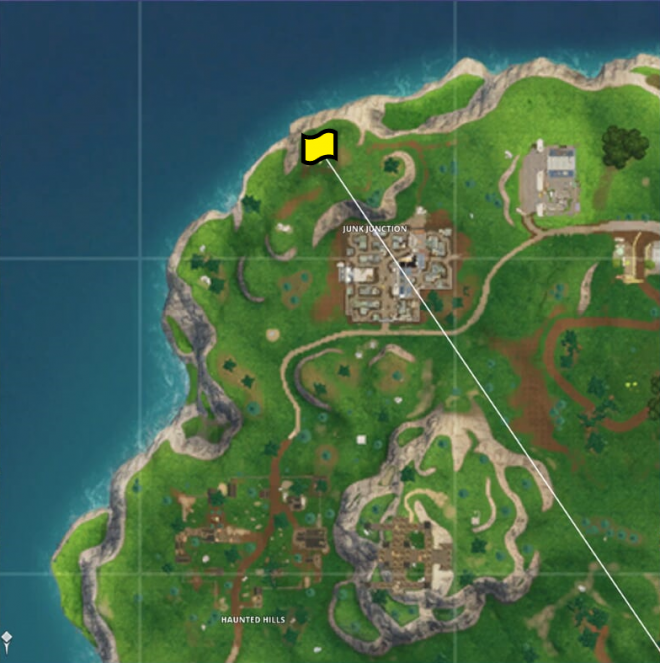