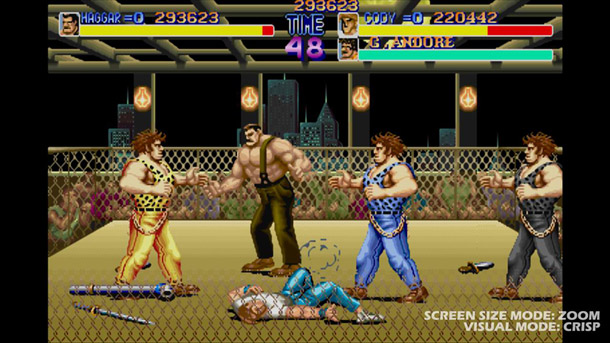 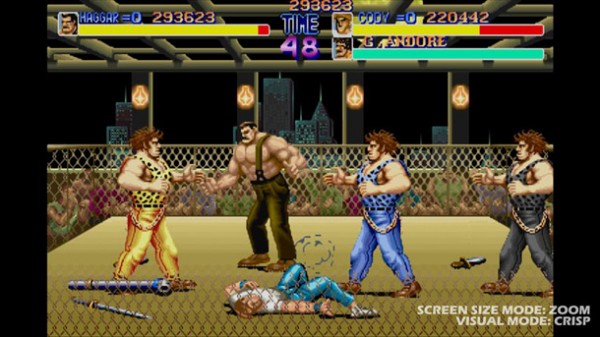 Capcom continues to lead the way in bringing classic titles to current consoles with Final Fight: Double Impact. The title will feature both Final Fight and Magic Sword, two arcade brawlers that have been known by some generations to swallow massive amounts of quarters. An optional graphic filter and soundtrack can give the games a new twist or old school feel depending on your preference. Capcom also claims that the games have jump-in, jump-out co-op with no online lag — a bold claim.  Part of the joy of arcades was the randomly jumping in an a game in progress: would the player next to you help out or would he just hold you back? It’s coming to Xbox Live Arcade April 14 so get ready to spin kick, piledrive, and shoulder throw your way through the mean streets of Metro City.