In a fantasy world, you are tasked with freeing the last unicorn from the curse of witches. Eternity: The Last Unicorn is a classic RPG that has real-time combat. You get to play as two different heroes, but cannot control when you use them. As you play through the story you’ll take turns and each has their own inventory and their own levels. While the main focus is combat, you’ll also come across a few puzzles. They’re breaks from all the fighting you’ll be doing. Enemies respawn again as you come back to areas you’ve already explored. You can use this to gain more experience or find items for crafting. The danger is around every corner. Will you be able to save the last unicorn?

A familiar world— Like anything from this genre, we are shown a classic good versus evil story. You must save the last unicorn from a curse. It has all the usual characters, such as dwarves and elves. I used to read a lot of books (mainly the Neverwinter series) and became engrossed in the magic. Though not done very neatly, Eternity still tries its best to give you a backstory and provides enough of the fundamentals to at least earn some appreciation. I like playing as characters that are the last hope. It gives me a sense of importance and makes me want to see the adventure to its conclusion.

Enemies — There are a lot of classic enemies, such as goblins and giants. All things I’ve killed before and enjoy encountering in any game. Then there are a few that I either haven’t seen, or were created as unique to the world. At the start you’ll fight slow animals that roll up in a ball and have spikes. A few skeletons that have armor but explode when they die. I know that doesn’t seem that original but I liked it. They are designed pretty well and even though I grew tired of the combat, I still thought the enemies were pretty neat.

Fixed camera — If you’ve ever played something that had a fixed camera, then you know it’s not always that bad. Resident Evil and Onimusha Warlords come to mind as examples. While sometimes they can feel awkward, they still end up working out fine and add to the stress of surviving. It adds an element of horror. In Eternity it serves as a hindrance. You’ll be jogging along and suddenly it changes direction and you’ll have to switch how you’re controlling the analog stick. I will briefly add that the walking sounds made are horrendous and caused me to lower my volume. During combat, you’ll dash to avoid something and suddenly all you see is your character. The enemies are not visible at certain viewpoints. I can’t think of a way it could be any worse.

Glitches are everywhere — Bugs usually exist in most games, but they’re unforgivable here. Sometimes while fighting you’ll suddenly freeze and can’t move, yet the enemies still can. I’ve had the game crash on me a few times. The worst was after defeating a wolf boss (which is a horrible time). When loading the next area, suddenly I was kicked back out to the menu. I had to fight it all over again, just hoping it wouldn’t happen to me again. It’s glitches like these that really ruin any fun. There are others that aren’t so bad and work in your favor. Like enemies that you can shoot through walls. I found a specific one that made me reload a save point because it locked me in a room. If you go back and get the bow (which you have already obtained), you cannot shoot a wall that closes because the target to open it can no longer be shot. It’s one of those moments I’m like “really?”. I had been grinding kills and lost a whole level. Many times I just wanted to quit.

Clunky Combat— The controls are simple. You can do a quick attack or a strong one. Later on, you’ll obtain the bow which helps a lot with kiting enemies around and shooting them while they walk away. Eventually, you’ll realize that quick attacking is useless for damage. This holds especially true with the annoying goblins who heal. They can literally heal more than you can do damage and it gets so frustrating because they stand back and also fire spells at you. It can get pretty annoying. If you get backed into a wall or a corner, you can become trapped and there’s no way out except to die. Your dodging will not save you. Bosses aren’t impossible but can also be the quitting point for people. The wolf you have to fight is almost too sporadic. You can’t even use your sword because it’s suicide. You have to shoot and dodge with the bow. The attacks it deals don’t seem to even hit you but you become damaged. Just another mechanic that is unpolished and frustrating.

Crafting up nonsense — I’ve never seen a worse item crafting system than the one found in Eternity. You can walk around collecting items for hours, and yet still never actually craft anything. The supplies needed are demanding and the reward is next to nothing. Runes are short-term items that don’t feel like they give enough impact to merit the trouble of obtaining them. Healing, for example, takes far too long to help you in any battle (especially against a boss). You might as well just heal with items you find. It’s a clunky system and you must backtrack to a specific character to do it. Crafting has no redeeming value and adds insult to injury.

Thinking I would heavily enjoy Eternity, I quickly began to despise it. The flaws outweigh all positives. I enjoyed the world and the idea behind the story, but it’s nearly unplayable. I just don’t think it was ready to launch when it did, needing vast improvements in the most important areas. There were several occasions I force quit the game to take a break from the mess. I couldn’t even start to name every annoyance I had while playing. Even the starting screen makes no sense. You’re always on “New Game” and must scroll down to “load game”. Why would I want to start new? It should not be my first option. I’m really disappointed. I think there was a total miss on what could have been an exceptional adventure.

Eternity: The Last Unicorn was published by 1C Online Games Ltd. and developed by Void Games on Xbox One. It was released on April 16, 2019, for $19.99. A copy was provided for review purposes. 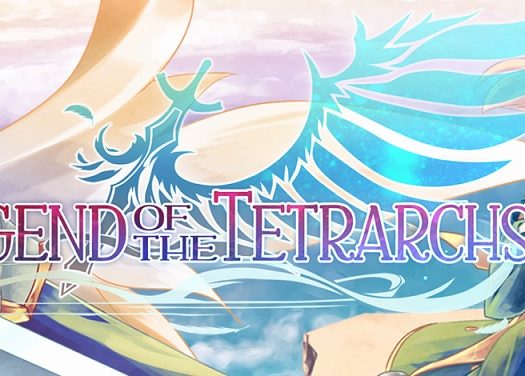