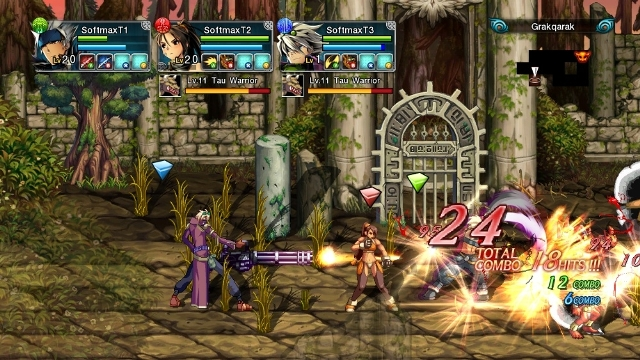 Dungeon Fighter Live: Fall of Hendon Myre is quite a mouthful to say. But it is creating quite a stir at E3 right now. It looks like gamers are still hungry for an old school brawler with RPG elements. We have learned that it will be releasing sometime in July and will cost 800MSP. It appears that co-developers Neople and Softmax really want to give gamers the features that they want. It is set to include both online and offline multiplayer with true drop in gameplay for up to four players. It also has an in game trading system for dividing up all the loot that is sure to follow the carnage. The graphics are 2-D  HD and will run at 60FPS. The developers are promising around 10 hours of gameplay per class so there should be plenty to do in this world. This one looks to be quite an entertaining brawler so we can’t wait to see more.

Read More
What we are playing: July 15