Duels of the Planeswalkers 2015 trailer 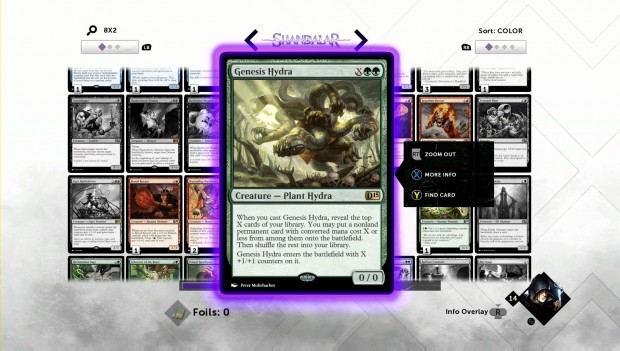 The 2015 set of Magic: The Gathering cards is on its way very soon, and with them comes the Magic 2015 – Duels of the Planeswalkers digital edition of the game. There are a number of interesting features coming to this year’s edition of the game, including a number of cards designed by folks from the game industry. This year’s edition will finally feature the ability to create decks from scratch, which should provide more replay value than the games held previously. The game is coming to both Xbox One and Xbox 360, so players with the new console with be able to get in on the action as well.

The trailer focuses on the ongoing lore underpinning the Duels of the Planeswalkers series, with an emphasis on a rampaging Garruk Wildspeaker. The game launches next week on July 16th.