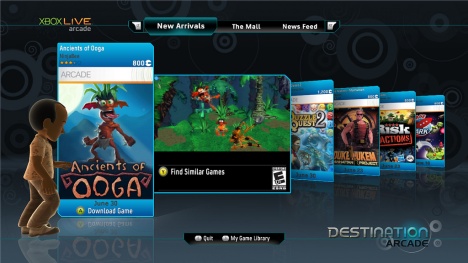 Microsoft’s new visual browser called Destination Arcade was recently released to coincide with the beginning of this year’s annual Summer of Arcade. The app is designed to be easy to navigate and to make finding games on XBLA quick and simple. It’s free to download, and is only available during the Summer of Arcade in the US. So with Limbo fresh on the minds of gamers and Destination Arcade up and running, what are our impressions of the new, temporary browser?

First off, Destination Arcade is unfortunately difficult to find. We couldn’t understand why it wasn’t one of the first things you see in the Spotlight when the Xbox 360 is first turned on. In order to download it, the player must sort through numerous menus before eventually finding it oddly placed in the New Arrivals section of the Arcade. It doesn’t make any sense why Microsoft would bury Destination Arcade so far in the dashboard menus.

However, once we downloaded it and opened the interface, we were greeted with a clean and nice looking browser to sort through XBLA games. The main menu features the newest arrivals, which currently consists of Limbo, Deadliest Warrior, DeathSpank, Monkey Island 2 and Blacklight: Tango Down. A slick wave-effect animation is shown when sorting through the new titles, which is definitely nice to break up the sterile menus of the 360’s Dashboard.

From here, pressing either trigger will bring players to the “Find Games” menu, which is separated by Deals of the Week, Recently Released and All Games. Sorting through the games is Destination Arcade’s best feature, as players can filter their search by game name, price, community rating, multiplayer features and ESRB ratings. Narrowing down your search for any game is incredibly simple, and each title is displayed by its cover which much better than cycling through text.

In the future, a news feed feature should be added to the Destination Arcade menu, but as of now it is unavailable.

Destination Arcade is a cool interface that works very well. But on the other hand, it is difficult to locate and download, which may prevent many users from ever finding it, especially ones who don’t regularly read videogame news sites. Plus, we found it hard to fully enjoy it knowing that it’ll be going away once the Summer of Arcade ends on August 18. Here’s to hoping that Microsoft will make Destination Arcade, or another version of it, a permanent addition to the Xbox 360’s Dashboard when the next system update goes online this fall. 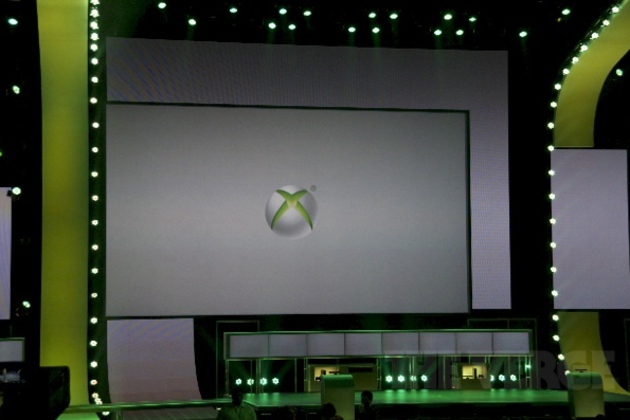