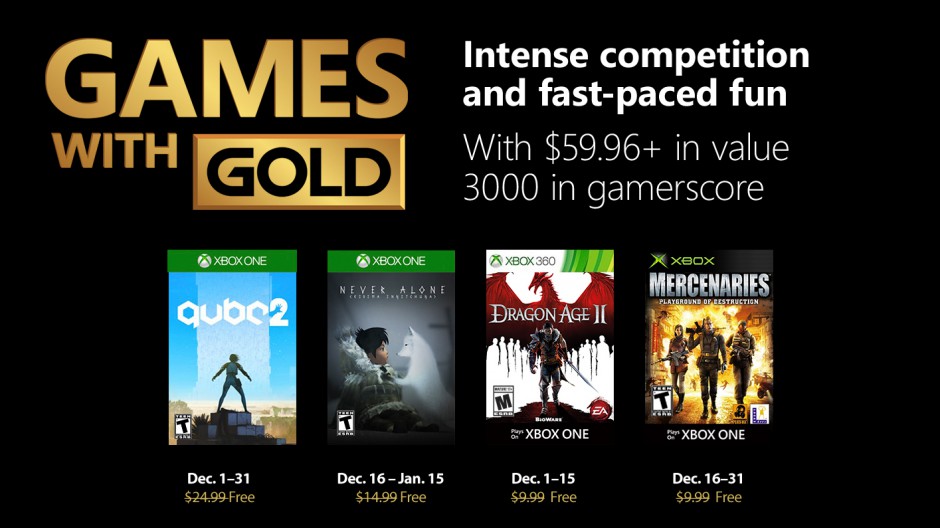 The Games with Gold titles for December 2018 have been announced and boy what an announcement this was. Not only are gamers in store for two wonderful Xbox One games and a great Xbox 360 title through backward compatibility, but for the first time, Games with Gold sees the release of an original Xbox title as well. Q.U.B.E. 2 and Dragon Age II headlines the first half of the month. For the second half of December, players can get their hands on Never Alone (Kisima Ingitchuna)  and for the first time in GWG, an Xbox classic game, Mercenaries: Playground of Destruction.

Q.U.B.E. 2 is the direct sequel to the 2015 puzzle game of the same name. In the sequel, you’ll play as Amelia Cross,  an archaeologist who passes out during an expedition, only to awaken inside of a strange alien structure. With no idea of her whereabouts, Amelia’s only means of escaping the gigantic fortress is to progress through the many rooms and deal with various puzzles. Equipped with a unique suit and powered gloves, players will need to manipulate both colors, shapes, and gravity to succeed. In our review for Q.U.B.E. 2, we rated the game as “Must Buy,” you can read the review here.

In Never Alone (Kisima Ingitchuna), you’ll play as a young girl with a fox who set out to find the source of a never-ending blizzard that threatens the survival of everything and everyone. Never Alone is a game developed in collaboration with Alaskan native people known as the Iñupiat. In our review for the game, we rated to “Skip It.” Read our review here to find out why.

Dragon Age II is the stunning sequel to the 2009 hit Dragon Age: Origins. In the stunning sequel, you’ll focus on your rise of power in an all-new adventure where you’ll need to fight for your very survival. Work towards gaining allies and amassing a fortune. New combat mechanics put you right into the battle regardless of your class. Be prepared to explore a whole new realm of Dragon Age. 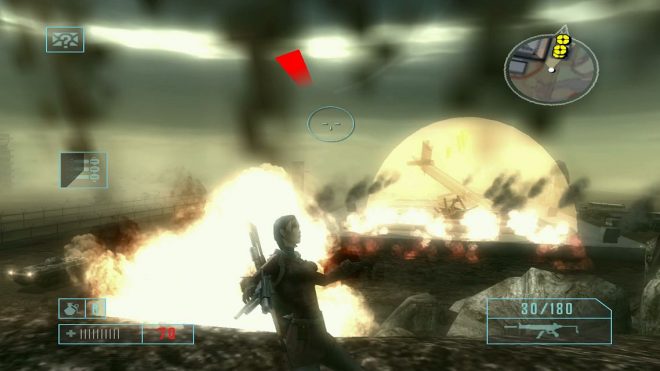 Mercenaries: Playground of Destruction takes you on a suicide mission to bring down a military regime in your own way. Hijack any and all vehicles. If it has a trigger and it fires a projectile, it can be used as a weapon. Welcome to the playground, where you can go wherever, do whatever, and blow the entire place sky high. Welcome to the Mercenaries. 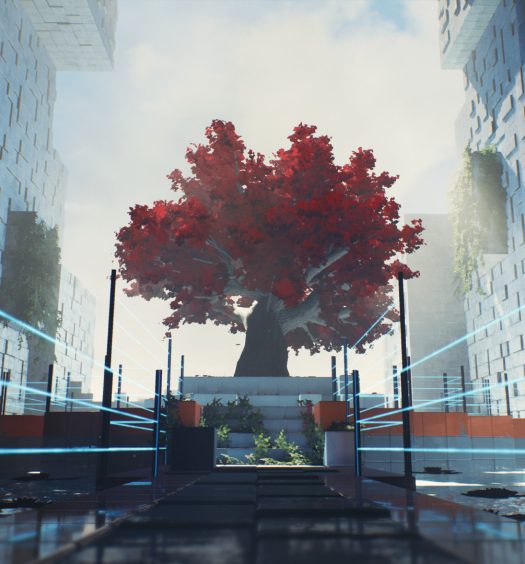 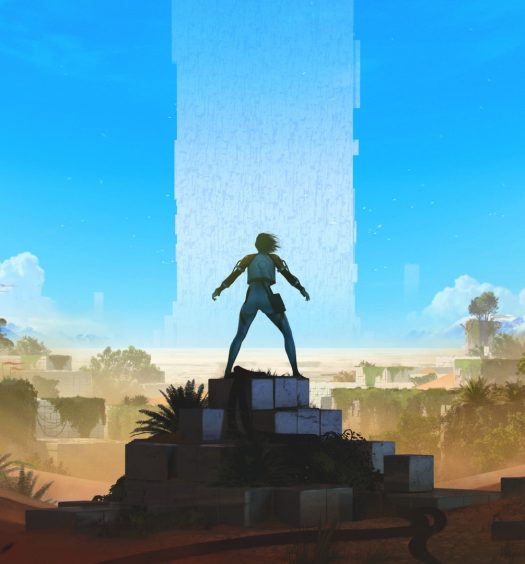