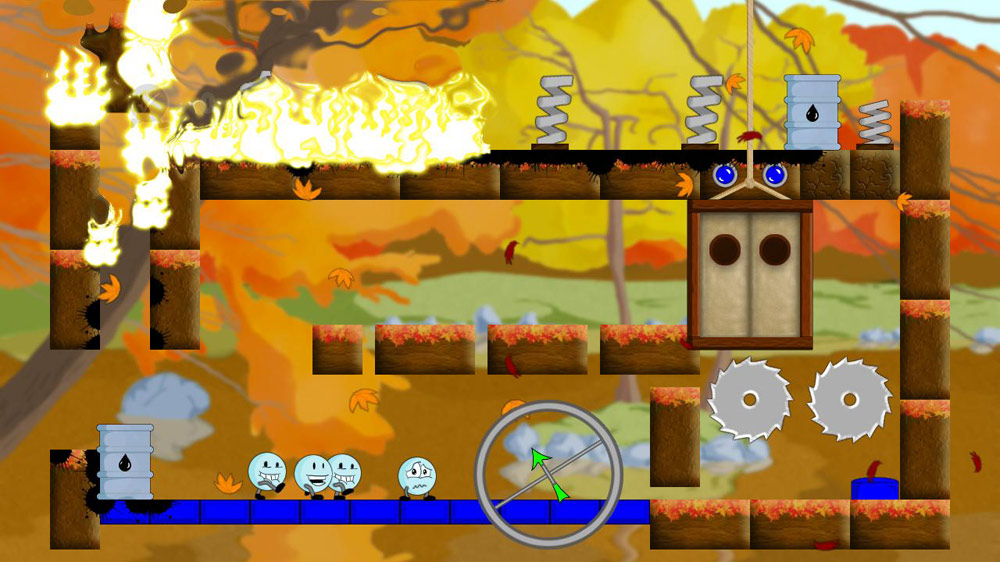 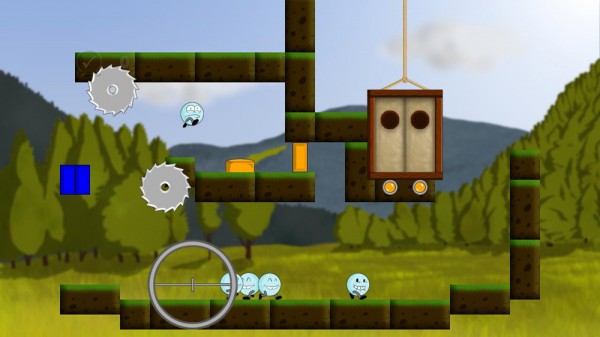 Lots of content – With over 150 levels, achievements (not connected to your gamerscore), local multiplayer, a level editor, and unlockable levels, this is one of the longest games on XBLIG.  Not to mention you can go back to the levels you’ve completed and try to perfect them by sacrificing little or none of the walkers.  Oh. and the game has boss battles.  Boss battles!  You can even create your own boss battles in the level editor.  For 80 MSP, this is a killer deal.

Humor – The walkers are so happy to be alive that they often exclaim it while you’re playing.  Little do they know the carnage that will be forced on them.  The simple fact that the walkers aren’t self-aware makes the game humorous in a kind of masochistic sort of way.

Fun – Flinging the walkers to their destination is pure fun.  Having to figure out ways to fling them to a certain platform, either by bouncing them off a wall or allowing another walker to be sacrificed is very enjoyable. 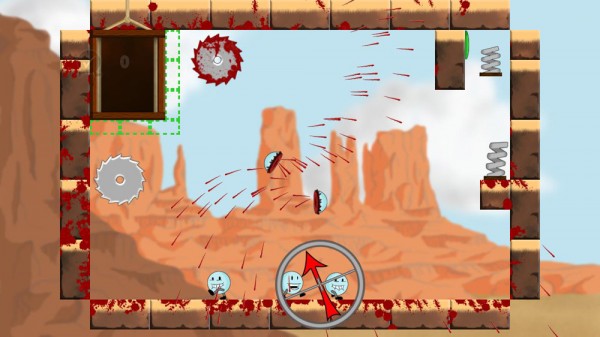 Controls – The biggest complaint we had with the game is the cursor’s controls.  Sometimes it is imperative that you fling one of the walkers at the precise time, so the slow-moving cursor sometimes prevents success.  Not only that, but the angle which you fling the walkers is too sensitive and adjusting it simply doesn’t work as well as we had hoped.  Most of the time you are playing a guessing game as to where the walkers will be flung to, despite your best efforts to accurately send them to a particular location.

Poor graphics – So much content has been crammed in to this game, we have to wonder if the developer ran out of time to sharpen the graphics and animation.  They aren’t bad by any means, but compared to the rest of the Indie Games Summer Uprising titles, we were expecting more.

Tutorials – Developers have discovered ways to discretely implement  a tutorial system which doesn’t interrupt gameplay.  This game forces you to push A to read a signpost that details everything you need to know. It pauses the game and you have to read a paragraph or two before proceeding.  It’s not intuitive and it discourages momentum. 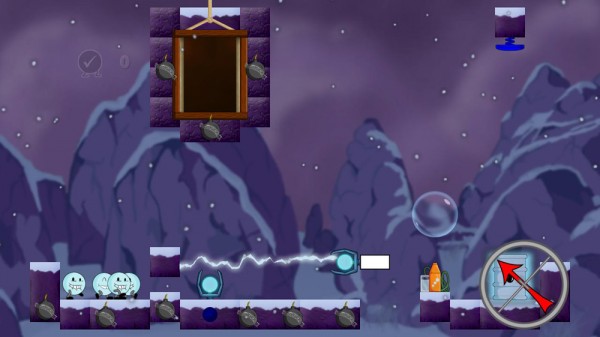 Cute Things Dying Violently is not a bad game, but it also didn’t live up to its title.  It has plenty of content to keep gamers busy for weeks on end, but not enough to warrant a purchase when so many other titles on XBLIG are worth spending points on. If a title update or sequel address the control issues, poor graphics and the interrupting tutorial, we’ll be in for a treat.