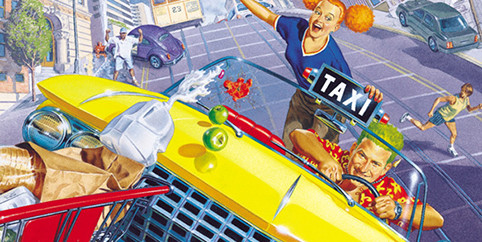 SEGA has now given a release date for Crazy Taxi, the second Dreamcast classic title to be re-released on XBLA and PSN.  Crazy Taxi will be ready to start earning some crazy money this November.

The Xbox 360 US version and both XBLA and PSN versions for Europe and Australia are released on the 24th of November.  Unfortunately for XBLA fans, the PS3 does get the game a day in advance on the 23rd of November. The game will priced at a cool 800 Microsoft points or $9.99/ £6.29/ €7.99/ AU$.  Definitely a bargain for such an awesome game that is well worth the money and time.  Be sure to put this day on your calendar!