The Behemoth Community Manager Megan Lam isn’t going to make it. She’s mashing the four oversized buttons on the arcade cabinet in front of her as wildly as one might stomp on a Dance Dance Revolution pad with their feet, but it’s not going to save her. Enemy barbarians are coming, and they’re picking up speed as they close in.

Thanks to her furious button mashing, she’s held out a few seconds longer than I will on my best attempt. Still, this match of Back off Barbarian is going to end the same way for her as it has for everyone else today at PAX Prime — with all players dying, and with all those in eyesight laughing.

Back off Barbarian is the new mini-game that’s part of Castle Crashers: Remastered. Its concept is incredibly simple: repeatedly move up, down, left or right on a grid-based level to avoid baddies. You can only move one square at a time, but it’s possible to rapidly hop from square to square if you can manage to continually and quickly hit the right buttons (the retail release will use the Xbox’s d-pad instead of buttons). Moving square by square in the four primary directions is the only way you can manipulate your avatar, which sounds like it would make for an experience that’s far too easy. It does not.

Gamers have been trained to press little arrow-like buttons to nudge on-screen characters in the corresponding direction since what might as well be the dawn of gaming. When Nintendo released Super Mario Bros in 1985, that was how things worked, and we’ve all been perfectly fine with them working that way for the nearly 30 years since, thank you very much. 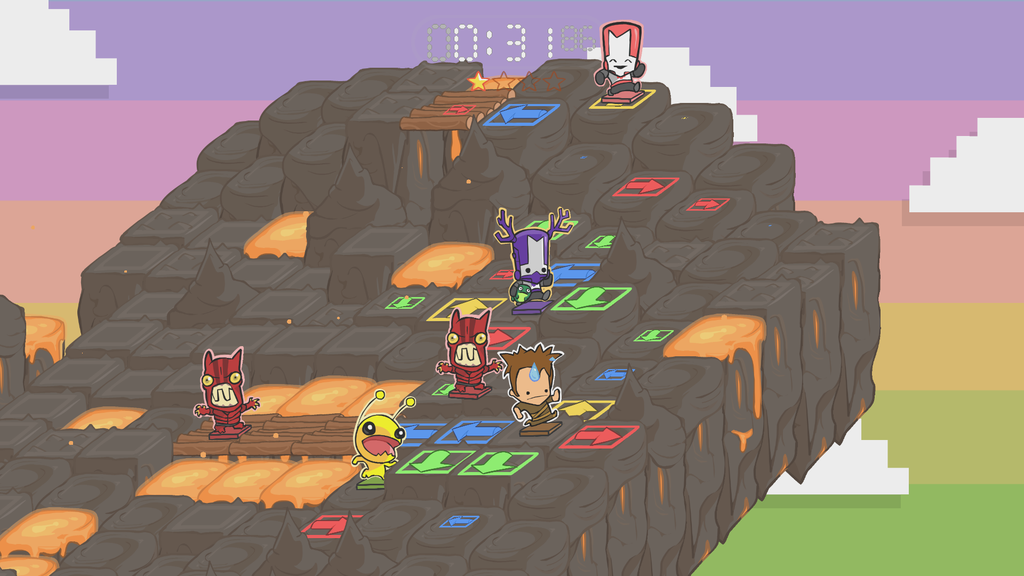 But not The Behemoth, apparently. For in Back off Barbarian, the direction you press isn’t necessarily going to be the direction in which you move. In fact, more often than not, it isn’t. Colored arrows are constantly displayed on the squares surrounding your character, but you’ll often see things like the left arrow on your right or the top arrow on your left. What results is a game of mental Twister that can easily frustrate you and lead to the kind of mistakes you’d expect someone who prefers inverted first-person shooter control to make while playing without the y-axis inverted.

During my dozen or so matches I constantly heard people complaining about how this control scheme didn’t make any sense. And why wouldn’t they when the system is counter-intuitive to everything they think they know? But that’s kind of the whole point. If you’ve ever called yourself a “gamer,” then you’ve surely played too many games to be prepared for Back off Barbarian.

The mini-game’s brilliance is in how simply but ably it trolls your brain. So while almost everyone who played complained of the controls being abstruse, it was invariably only seconds later that those grumbles turned to uncontrolled laughter and occasionally terrified (but excited) screams.

It’s a good thing that the experience turns fun so fast, too, because matches seem to more commonly be measured in seconds than minutes. The longest I was ever able to survive was around a minute and a half, which is about the same amount of time that passed after walking away from Back off Barbarian before wanting to go back for more. 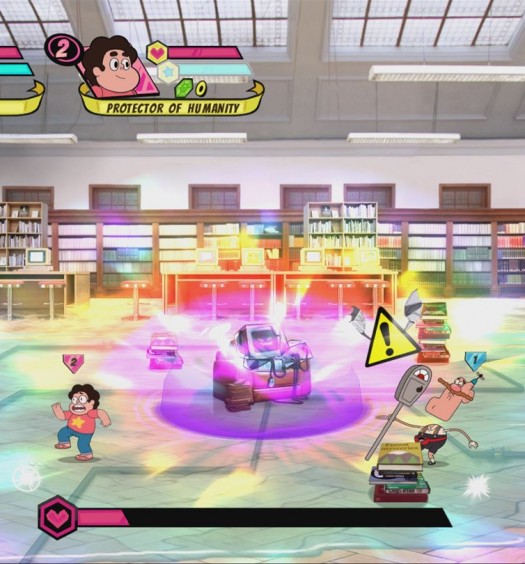