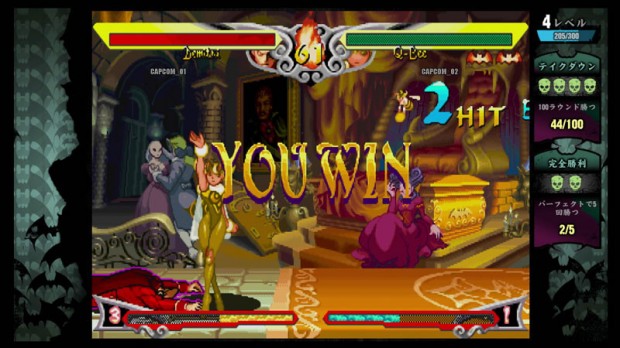 The team at Shoryuken has noted that Capcom is gearing up for the upcoming release of Darkstalkers Resurrection, a high-definition port of both Night Warriors: Darkstalkers Revenge and Darkstalkers 3. The Capcom site is currently hosting a contest to design your own character. Unfortunately, the winner won’t have his or her character added to the game — what a prize that would be! Instead, the contest winner’s character will be custom-drawn by Darkstalkers Resurrection artist Stanley “Artgerm” Lau, which is still an amazing contest prize. You don’t have to be an artist yourself to enter — a description of the character is all that Capcom’s looking for, as the rules state:

“Create a unique Darkstalkers character and provide a general description of that character via email submission to darkstalkers@capcom.com. Entrants are also encouraged (but not required) to provide (i) any relevant backstory; (ii) information relating to the type of monster the character is based on; (iii) artwork of the character.”

The prizes for the runners-up are nothing to sneeze at — a $250 statue of Lord Raptor and UDON art books are also up for grabs. Anyone who thinks they know which monster the Darkstalkers franchise is missing should head on over to Capcom-Unity to enter the contest. As for the game itself, look for more details on it as part of an upcoming feature on XBLAFans detailing a variety of exciting games coming in 2013!

5 years ago
ReviewsXbox One Reviews