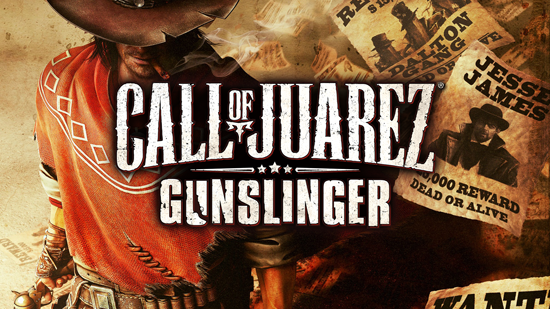 Call of Juarez: Gunslinger was developed by Techland and published by Ubisoft. It was released May 22, 2013 for 1200 MSP. A copy was provided for review purposes. 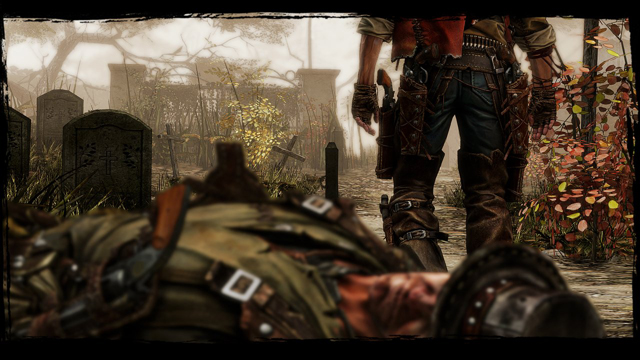 There’s a revered mysticism to the myths and legends of the Old West – larger-than-life characters carving out their own niche in American history through gritty living and frontier justice. No one can say for certain how much of it is true, and Call of Juarez: Gunslinger acknowledges that, embraces it and delivers one of the best examples of storytelling you’ll find west of the Mississippi. Its modern approach in form and function elevates the material rather than overshadowing it, and in the process creates a wholly unique experience that’s not to be missed.

How the West was won, sort of – Gunslinger weaves the tale of famed bounty hunter Silas Greaves as he recounts his murderous exploits to a handful of saloon patrons over the course of an afternoon and too many whiskies. You’ll play through a series of flashbacks as Silas, all the while his narration and foggy recollection frame and change each level like an evolving campfire story that plays off the audience. When he backs himself into a corner or spins a yarn too ridiculous to believe, he’ll slyly conjure up an escape route, parting the mountainside to reveal a new path or remembering things a little differently and going back to reveal how it really happened. It’s this light-hearted, self-aware delivery that makes Gunslinger so effective. Though the story itself is quite good – especially in those moments Silas grapples with personal demons – the banter between Silas and his audience and the way it transforms the game world mid-mission is the creative and endearing draw of the campaign. 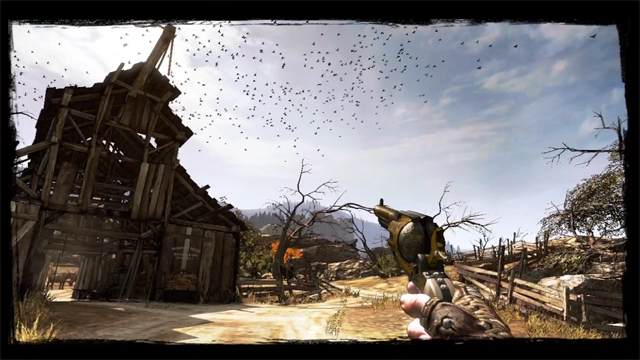 Old West with new attitude – Presentation is everything in Gunslinger, and it does a great job shaking up the melodrama of the period. Unlike the antiquated frontiers that frame the legends of the Old West, Gunslinger pops life into the setting with new attitude. It eschews the muted tones of dirt-brown and dead-grass yellow, replaced with colorfully stylized aesthetics. This unusual tone is mirrored in the soundtrack, which wanders between crunchy electric guitar riffs and traditional acoustic strums, occasionally offering up haunting bass thumps in darker moments – eerily reminiscent of Max Payne at times. The limited assortment of weapons carry weight and punch when fired, even more so when combined with the game’s varied use of slow motion and upgraded through the skill tree system. There’s a lot to like about the way Gunslinger infuses modern mechanics and design while never straying too far from the spirit of the material.

More than a tall tale – Historical non-fiction might not carry the kind of sexy curb appeal we’ve come to associate with video games, but Gunslinger deftly blends factual evidence with fictional narrative in a way that adds context and lends credibility to the tale. Throughout the campaign you’ll come across hidden “Nuggets of Truth” that act like a brief history lesson regarding elements of the level. There’s a strange value in viewing real-life portraits of the legendary outlaws and lawmen you encounter in-game, learning their story and marveling at Gunslinger’s ability to stay true to the facts and take artistic license in the grey areas of history. 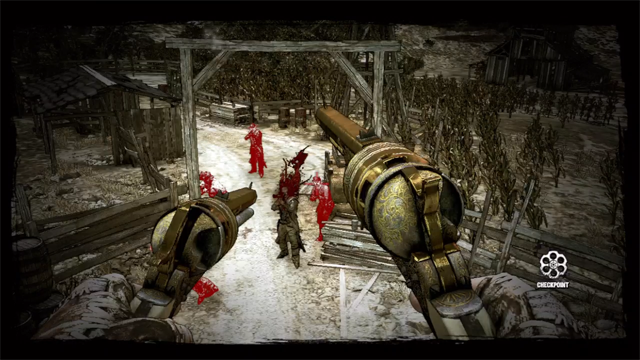 Very little – There’s so much charm to Call of Juarez: Gunslinger: the simultaneously gritty and light-hearted narrative rooted in history, the sleek presentation and engaging mechanics, the additional Arcade and Duel modes along with the New Game Plus option. Sure, the artificial intelligence can be a tad predictable, and the story might be somewhat transparent toward the third act, but these are minor concerns when weighed against the surprising level of polish and detail. It’s never perfect, but the game brings so much to the table, excelling at most of it, that it’s tough to find much fault therein. 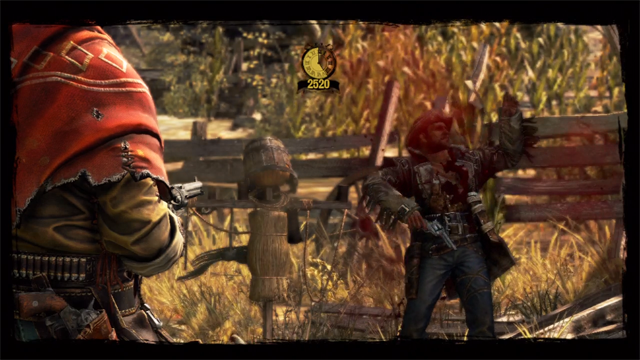 Gunslinger knows exactly what it’s aiming for, and hits the mark with a fresh, almost comic book approach to the traditional Western. It’s overtly profane at times, soft and introspective at others and reinforces it all with clever structure and factual impact. While the Call of Juarez name might not have always been synonymous with the best a Western has to offer, Gunslinger is the genuine article and firmly cements itself as the undisputed best of the series. 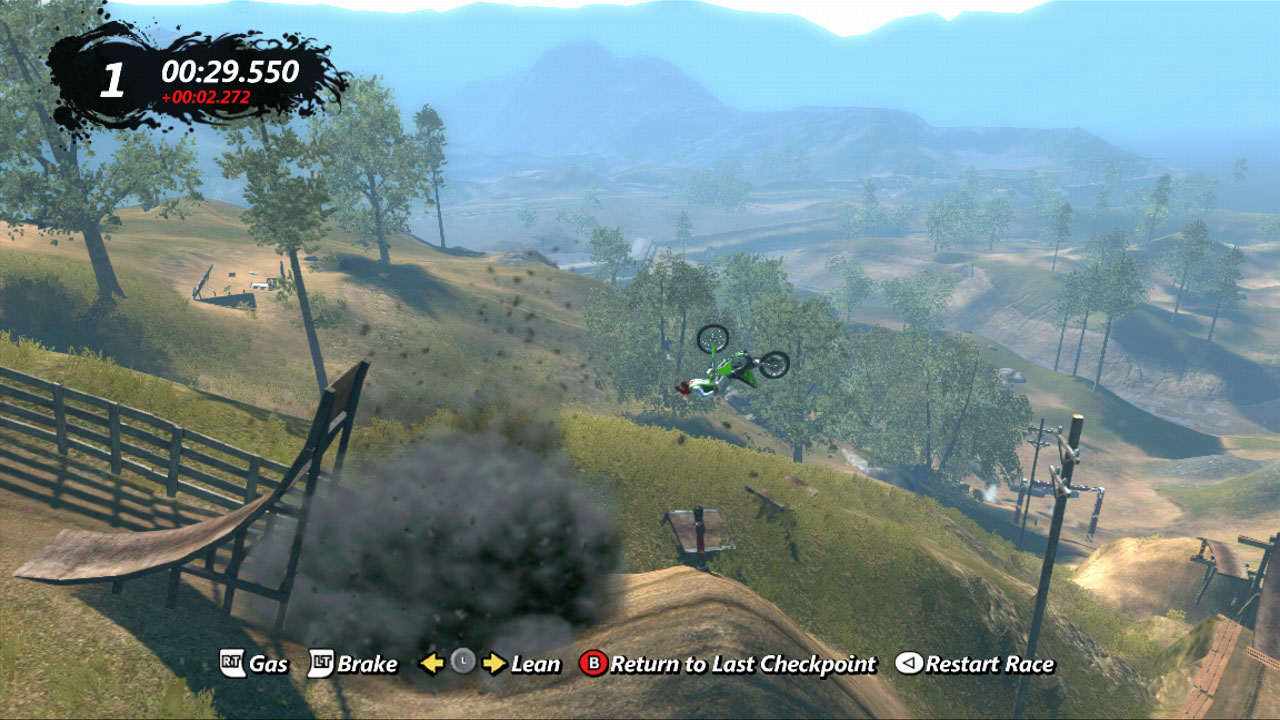