Blues and Bullets Episode 1: The End of Peace review: Starts with a bullet

Blues and Bullets Episode 1: The End of Peace review: Starts with a bullet

From the makers of Funk of Titans is not something most people would associate with Blues and Bullets at first glance. The transition from a light-hearted endless runner to an episodic film noir crime thriller is vast, and it’s far to wonder if the studio has the experience necessary to pull off a genre so different. But if this first episode is any indication for what’s to come, there is a bright future ahead, which is a bit bizarre to think about considering the dark and violent story.

Without going into too much detail about the plot, this game is not for the faint of heart. There are a lot of dark undertones involved and a grizzly murder scene that will leave some wondering if what is presented is too much. Stick with it, though, and you’ll find a praiseworthy cop drama.

I did not find myself interested in either Eliot Ness or Al Capone as leads of the story. Scenes involving the diner dragged on and, though necessary for character building, did not draw me in. First-person shooter segments were added in between different scenes of the narrative for great effect. I found myself interested in partaking in these segments to break up the lull of action in some of the earlier scenes. My hope is that it’s not overused in future episodes as the balance is right as is. The highlight of this episode is a scene that occurs towards the latter half. This scene is a combination of both interactions with the background as well as minor sleuthing by the player. This section was very engaging, and seeing all the clues being put together was a treat. My favorite parts of the plot in Episode One take place at the beginning and the end. 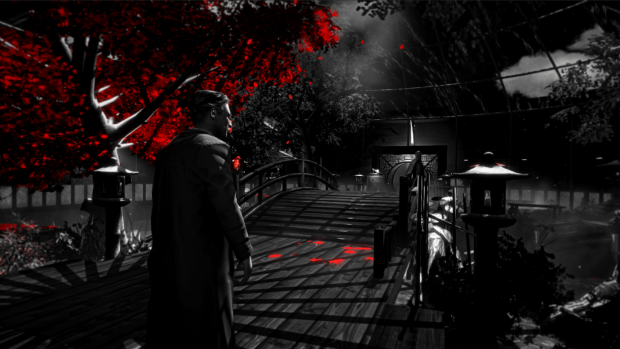 One minor gripe involves interacting with background items. Some are available for only a short time, while markers don’t come up immediately for others. A checklist for interactions for each scene would have beenappreciated, or at the very least a color change after the first interaction to distinguish a new item from an already viewed item. As much as Achievements should not affect the gameplay or narrative, it can’t be argued that replaying scenes to find missing interactions as it is now is not a pleasant endeavor and may unnecessarily lower opinions on the game.

Episode One of Blues and Bullets is a great start; however, it missed a few details that could have made the experience spectacular. It’s tough to consider what could have been added, but my opinion is that there is a lack of a good teaser for the next episode, and a lack of material to speculate on for subsequent episodes. I still want to experience the next episode, but there’s nothing further to discuss until it gets here.

Update: Marvel’s Guardians of the Galaxy: The Telltale Series firing ...

Read More
Update: Marvel’s Guardians of the Galaxy: The Telltale Series firing onto Xbox One April 18