XBLA Fans: We‘d love to hear why you joined SuperGiant Games and chose to craft stories for downloadable titles.

Greg Kasavin: Joining Supergiant felt like it was my first real chance to do everything I wanted to do when I got into game development more than five years ago — though really, I’ve wanted to do this stuff since I was a little kid. I got to create a story from scratch and tell it in a way that’s only possible through the medium of gaming, develop an original game world and cast of characters I care about and thought others could connect to, and build levels based on gameplay and experiential ideas I thought were exciting.

Having not done that exact kind of work previously, no one except for the friends I’m working with now would have given me a chance to do it on a major project. They would have had no reason to trust that I could do the job. It’s been said many times, but smaller downloadable titles are able to take bigger risks than larger retail titles. The risk is still proportionally very high if not higher for the individuals involved, it’s just that when you have fewer people involved, there are fewer people around to say no to things.

XBLA Fans: Where do you think downloadable games will go in the next few years?

GK: I think downloadable games will become the standard, and that terms like ‘downloadable game’ and ‘independent game’ and ‘indie game’ will become less and less meaningful to a certain extent as all games inevitably become downloadable. Now is an excellent time for high-quality, original, specific, relatively low-priced games and I think this will continue for the foreseeable future, because even though it’s very difficult to make games, it’s never been easier due to the digital platforms and free tools out there these days. On the other hand, it can be difficult to find the diamonds in the rough, but really this is no different now than it’s ever been. 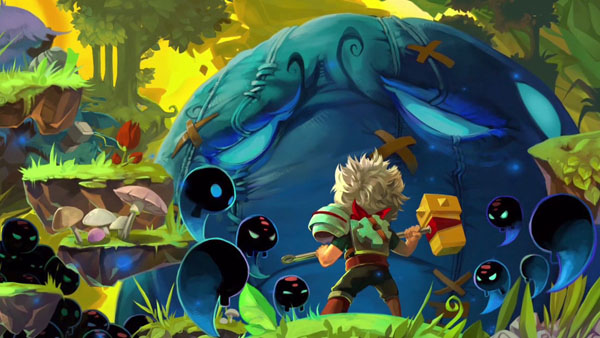 XBLA Fans: Do you feel your work gets a similar level of respect that AAA titles with massive budgets garner?

GK: If by respect you mean earning good reviews and awards, and high praise from game players, then I think smaller downloadable games are getting tremendous respect within the game industry these days. I personally see these smaller titles as the silver lining in an otherwise gloomy time period for games, what with a lot of unsettling trends ranging from nonstop massive studio layoffs and closures, to exploitative social game business models, to online passes and day-one on-disc DLC in retail games and so on. On the other hand, you’ve also got tons of these high quality games for $10 or $15, where you know what you’re getting and can have a unique and memorable experience for a fraction of the cost, and even a fraction of the time, of other games.

We’ve reached a point in recent years where these smaller games are competing directly against bigger titles for major industry accolades, for example. If anything, and at the risk of drawing too broad a generalization, it seems to me like a lot of people working at big AAA studios feel a certain envy of smaller developers these days. It’s not like small-studio development is all roses, but the constraints of being small can be well worth the creative freedom, or at least that’s been my experience.

XBLA Fans: Do you think that Bastion was marketed well on Xbox Live?

GK: Bastion was the first title in the Summer of Arcade promotion last year, which gave our game much more visibility than it would have had otherwise. We also had a strong presence at shows like E3 and PAX East, where we tried to get as many people as possible to play the game for themselves. So we’re very happy with how Bastion was marketed, and in turn, that strong start on XBLA helped us hit the ground running when we released our PC version a few weeks later. Between those two versions, the response to Bastion has been everything we could have hoped for and more — it’s sold more than 600,000 copies to date. While that would be a dismal failure for a typical retail AAA game, given our team size and our goals of continuing to self-fund our own original projects, it was the best outcome we could have hoped for. I’m especially happy with the positive response to the game from players, as we still get fantastic emails from fans every day. It helps makes us that much more excited to keep pushing forward. 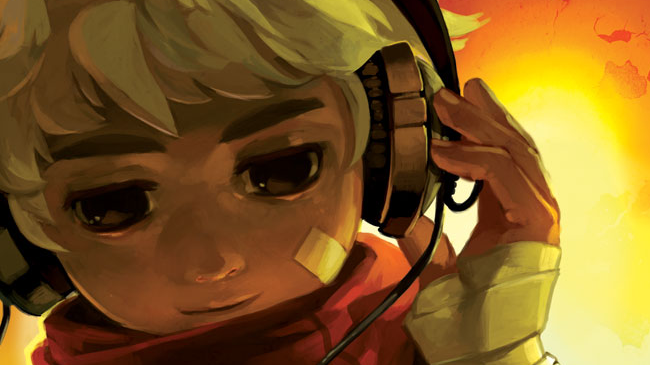 XBLA Fans: Do you think there was a single, crucial moment when downloadable games elevated from smaller, arcade titles to more well-respected works? Or has the evolution of the downloadable space been a gradual process? Is there a breakthrough game that sticks out?

GK: I feel like downloadable independent games have been on the rise for years, though I’d pin down 2008 as the year in which they really seemed to break through. During the course of that year we got Braid and Castle Crashers and later Plants vs. Zombies, and it was these three games in particular that gave me the courage to want to go work at a smaller studio. These were games that you could tell were made with a lot of love, and with a great deal of attention to detail. They were crafted to an even higher level of quality than most of the much bigger budget titles of the time, and each expressed a specific vision while re-imagining a classic game genre in a memorable way. In fact, these games were so distinctive that they didn’t even spawn a bunch of copycat games in spite of their success. Instead I think these games served as a spiritual inspiration, or at least they were for me.

It’s worth noting that the sheer quality of these games was not the only thing they had going for them, as the rise of digital platforms like Xbox LIVE Arcade and Steam is what helped these games reach a much larger audience than what was possible for the previous generation of independent games.

XBLA Fans: Don’t hate me for trying, but what are your future release plans? Are you currently working on a new project, or can we expect to see Bastion on a new platform, such as PSN?

GK: We’ve been keeping busy over here since the release of Bastion though it’s too early to say what’s next for us, other than that we’re sticking together as a team and fully intend to keep making games. We don’t yet know what the future holds and it can take us a while for our ideas to coalesce — in Bastion’s case, the game was more than a year into development before we unveiled it. So even though things are a little quiet for us right now, as soon as we have anything to talk about we’ll share the news via our @SupergiantGames Twitter feed.