Publishers Kalypso Media have released a new video that proves that alien spiders are cuter than your average bathtub beastie. The latest trailer for upcoming physics based platformer Alien Spidy, shows off a visually stunning 2D/3D world for you to swing through. The story will focus on the adventures of Spidy, who has crashed his UFO on Earth whilst trying to rescue his friend Virgi who disappeared during an exploration mission.

The game promises to combine fast paced platforming with challenging puzzles, while you collect parts for your UFO and battle bosses over 3 unique environments and 70 diverse levels. It’s being developed by Madrid based developers Enigma Software and is scheduled to release sometime Summer 2012. 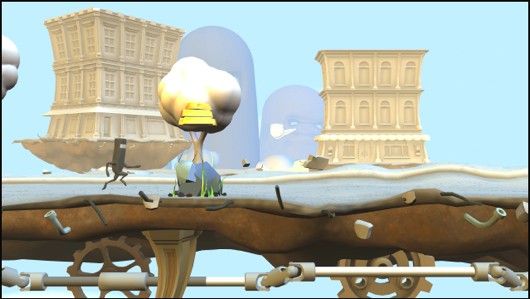