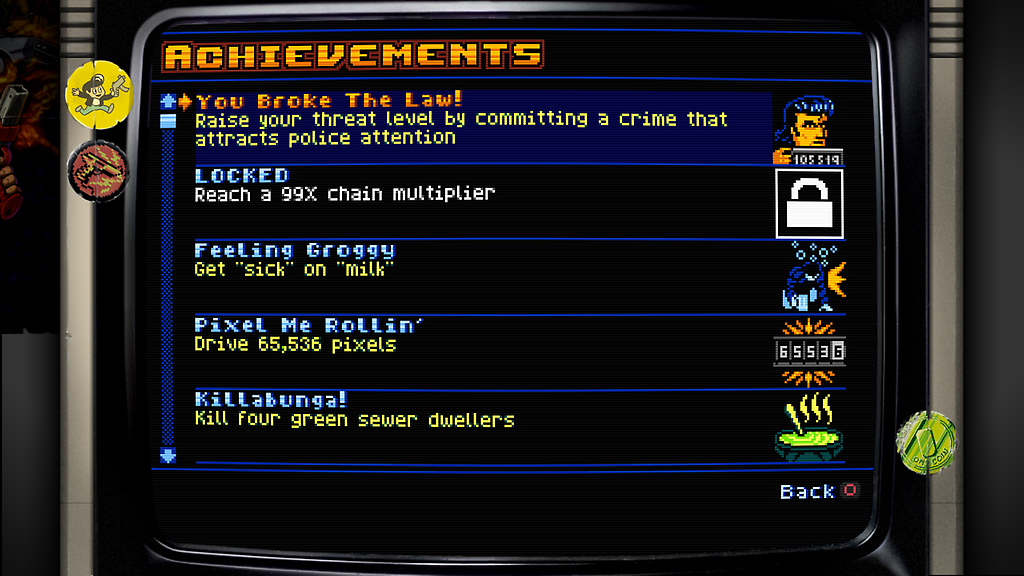 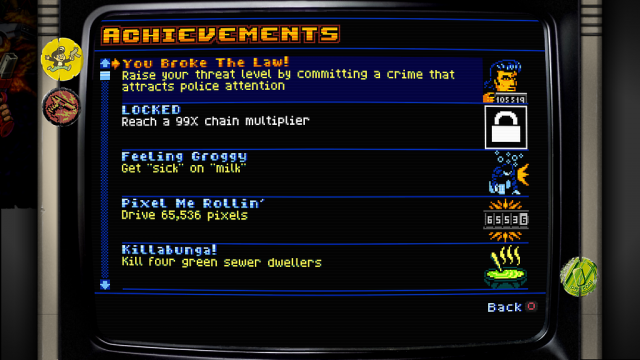 Retro City Rampage sort of disappeared from the media radar after missing it’s target release date of May. We’ve heard bits and pieces in the form of things like the Virtual Meat Boy minigame, but nothing big and meaty–nothing that quenches our insatiable hunger that is the desire to play this game. We’ll have to live off tiny morsels a bit longer it seems. While we haven’t heard anything on an updated release date, the official Twitter feed for the game gives us a glimpse into a few of the achievements. We’re really excited for all the tongue-in-cheek references to 80’s culture, but killing the Ninja Turtles? That’s just not cool at all.