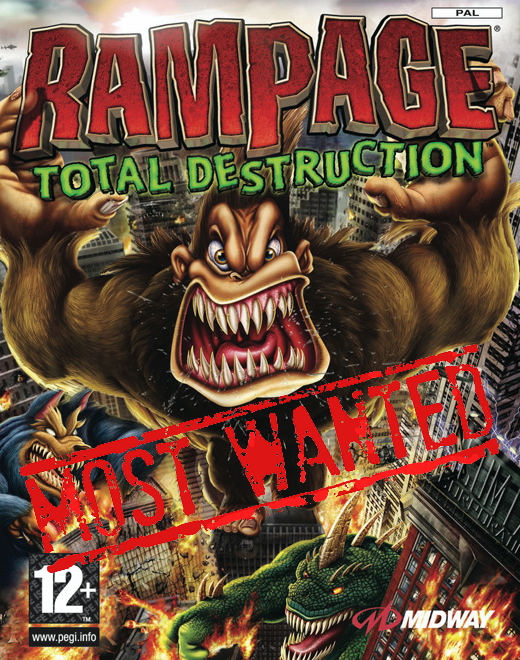 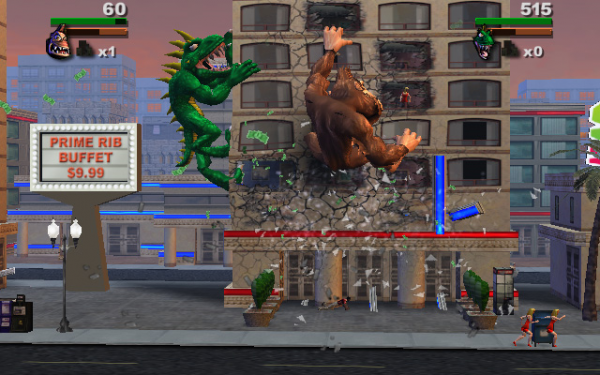 Tightened controls – One of the more frequent complaints from reviewers was that the controls were difficult to master.  Sometimes the game’s perspective makes it difficult to determine where in 3D space the character is.  This could be resolved by a colored ring below the player along with highlighting the object the player is is currently targeted to grab or climb on.

Include exclusives – The Wii version of the game features 10 additional monsters and one additional location.  These should be included in the game, along with a few extra exclusive monsters and one more location.  Exclusives always draw sales.  It sometimes is looked on poorly from consumers, but the reality is that incentives are needed to bring in new players as well as those who own the game on another system.  The game weighs in at around 1.25GB on the Wii, so there’s plenty of room for extra content before hitting XBLA’s 2GB mark.  It doesn’t have to be that big, but the point stands that there’s room for a little expansion.

Online multiplayer – It’s mind boggling sometimes as to why online multiplayer isn’t included in a game.  The very nature of current-gen consoles links players from around the world in several ways.  A lack of online multiplayer debilitates that and drives away potential buyers.  People want to play online with their friends, whether it’s Pac-Man or Halo. GameCube-era graphics – There’s a certain charm with the game’s graphics.  It feels very “Saturday morning cartoon”.  Adding support for 1080p and widescreen would be all that’s necessary to bring the visuals into the solid-but-not-amazing realm.  It doesn’t need to look amazing because it already does in its own respect.

Rampage anthology – Another great draw to Total Destruction is that the retail versions include the original Rampage, as well as Rampage World Tour.  Keeping them as part of the package will bring in additional players looking to purchase those classic games.  Having all three games in one package also furthers the overall purchase value.

Core gameplay elements – This game is all about fun, bang-for-your-buck value.  With 40 characters and eight environments there’s plenty to do, and jumping in with friends is an absolute blast for impromptu gaming sessions.  Rampage Total Destruction is great fun in shorter, one-to-three hour sessions.  Aside from the few tweaks listed above the game is fine as is.

Laugh-out-loud moments – Comedy has always been a strong point of the series, and Total Destruction has it in spades.  Whether a monster is eating a pedestrian, belching fire, or smiling at the camera the game provides plenty of smiles and chuckles for players.  And nothing, nothing is more satisfying than eating a competing player who was transformed back into a human. 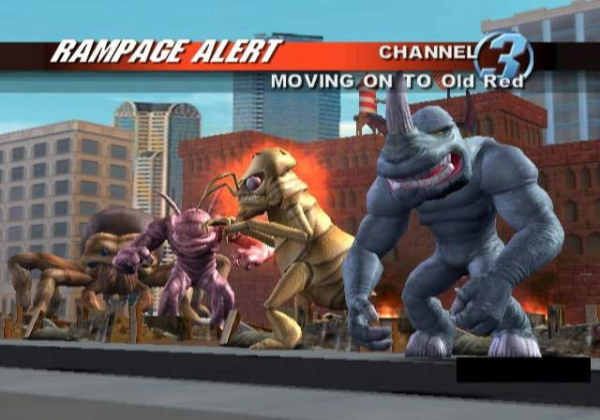 If the correct price point is put on this game it can sell like hotcakes.  Looking at games like TMNT: The Arcade Game it’s clear that players will purchase classic franchise games when the price is right.  The developers will have to be realistic.  The original versions were released for around $20USD, but it’s been four years since the most recent release of the game.  800MSP sounds about right given that the bulk of this would be simply porting the code over and making minor gameplay adjustments.  This is definitely one of those games that hit high sales, and it already exists on other platforms.  The port to XBLA should be a no brainer.