The wildly popular card game that encourages you to kill everything, backstab your friends and make off with the treasure, is coming to Xbox Live. Steve Jackson Games’ Munchkin is the dungeon-diving experience “without any of that stupid role-playing stuff.” Its irreverent humor, easy-to-learn rules and addictive cutthroat gameplay have spawned a Munchkin empire; spinning off dozens of expansion decks, a board game, and ironically, a role-playing game.

The Munckin invasion of the Xbox 360 is being spearheaded by Tinderbox Entertainment, an independent developer of both videogames and traditional board games. First announced back in 2011, the Munchkin team has been working diligently to translate the game digitally, stating on their official Facebook page in early January that we can expect the finished product, “Soon. Munchkin for Xbox is coming soon.”

Earlier this week, an image of the game popped up on Steve Jackson Games’ official Twitter page. Though they’re quick to call it a demo, it appears to be shaping up nicely and will hit Xbox first, before being migrated to other undetermined platforms afterward. They also qualified what to expect with the initial release, indicating that post-release content could potentially introduce the many expansion sets in the form of downloadable content.

We’re working to confirm whether Munchkin will be an officially branded Arcade title, but it’s hard to imagine it landing anywhere other than Xbox Live Arcade. Hit the jump to check out the first in-game image. 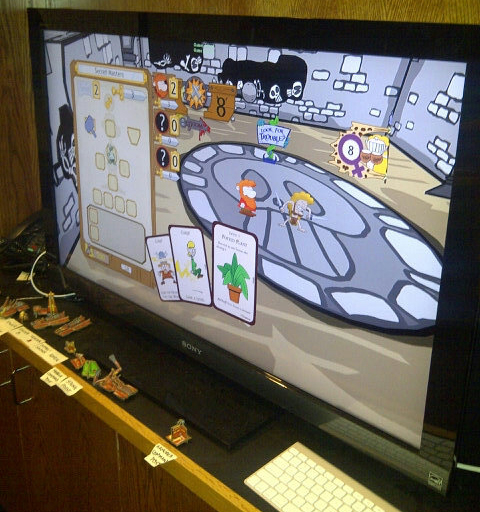