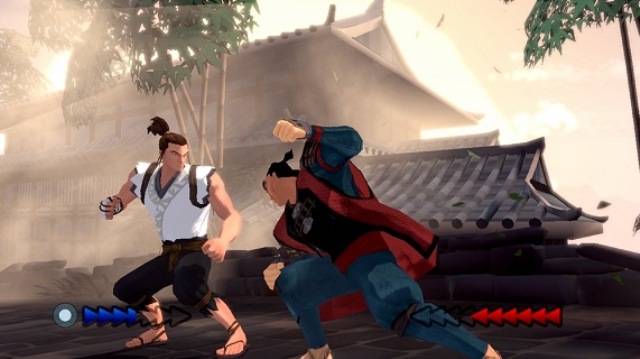 Karateka: an evolution from floppy disc to digital media

Karateka is old school–like Apple II old school. It’s so old school that anyone younger than 30 may not even remember it. But creator Jordan Mechner has, after almost 30 years, brought about a sequel/spiritual reboot under the same name. This generation’s Karateka was recently release for the Xbox 360 via Xbox Live Arcade, and will soon be digitally hitting the PlayStation 3 and mobile platforms. But the really interesting part is how Mechner brought the beloved fighter back to life.

In separate interviews with both Polygon and Games Industry International, he detailed the process. The traditional 2D plane was replaced a with beautifully designed 3D, cel-shaded environment. According to Polygon, Mechner called the design choice a perfect fit for his “heightened fantasy version of [feudal] Japan.” In his Games Industry interview he also noted that his choice to work as a small team ensured they “wouldn’t have the immense pressure to go bigger that comes with a retail console title.” Both interviews are interesting and informative reads, and both go into great depth on Karateka, as well as Mechner’s experiences during development intertwined with his views on how games have evolved.

Oh, and the trailer above is a must-watch.