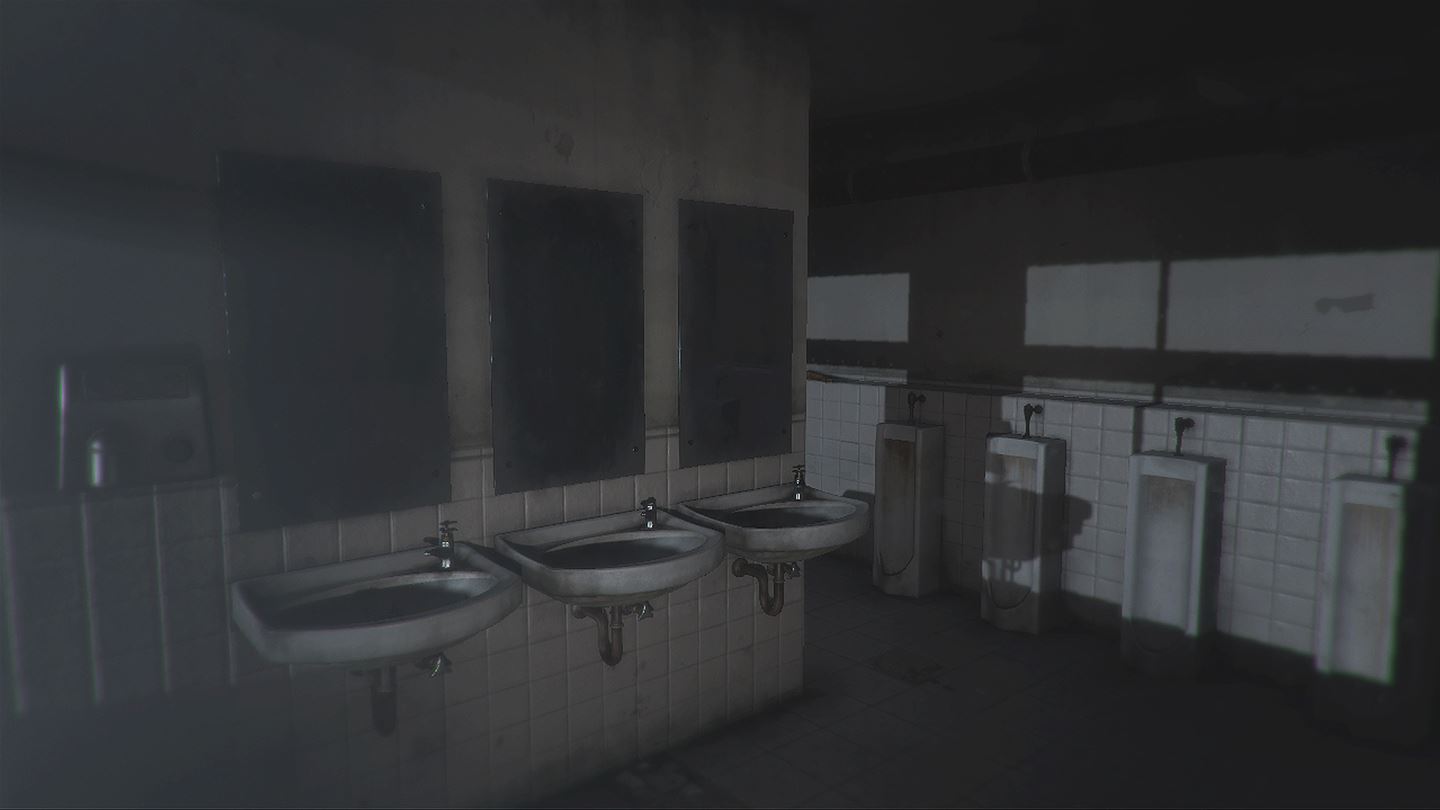 Games that ask the player to escape the room have been around since I born back in 1988. Back in those days, the game was normally a text adventure. The player would need to type in exactly what they wanted their character to do using preset phrases. These adventures, while innovative for the time period were also very flawed and quite repetitive. Fast forward to 2017, where games that ask you to escape a room are everywhere and most are now in first person. Some are basic puzzle games. Others have an interesting story to follow. Then we have Viva Games’ Your Toy, which tries to add a bit of horror to the room escape formula.

In Your Toy, the game starts out with the player waking up locked in a bathroom stall. After picking up their phone, they notice they do not have a cell signal stopping them from calling for help. Oddly though, the text ringtone suddenly goes off. A mysterious text from an unknown source asks, “Do you remember me?” Moments later, a call comes through from an unknown caller. Upon answering, breathing can be heard in the background but the call drops. Who brought you here? What do they want? One thing is for sure, you need to get yourself out of this stall and furthermore, out of this bathroom altogether. 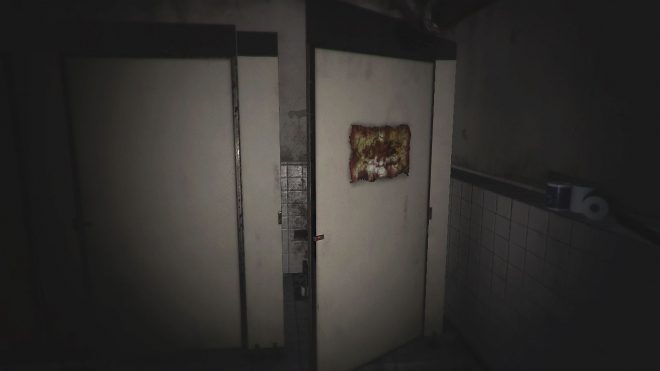 Early Scares – The earliest parts of the game do really well with the ambiance. Some of the sounds range from piano notes to knocking; it definitely leaves the player feeling uneasy. Certain actions can also heed some pretty spooky results. Some events during play can really catch the player off guard. The phone calls are the best part. While these seem to be scripted to completing certain criteria during the game, when the call comes in, the scrambled voice on the other end is enough to send goosebumps up your spine.

Night and Day – My favorite aspect of the game came from something as simple as a light switch. The game starts you out in a well-lit perfectly normal bathroom. Once you turn out the lights, some scary things happen. Some puzzles require you to have the lights off to complete them and others the lights on. Thanks to your cellphone’s flashlight, however, you’re never completely in the dark. For added effect, players have the opportunity to turn off the flashlight from the phone’s menu or by clicking in the right stick. 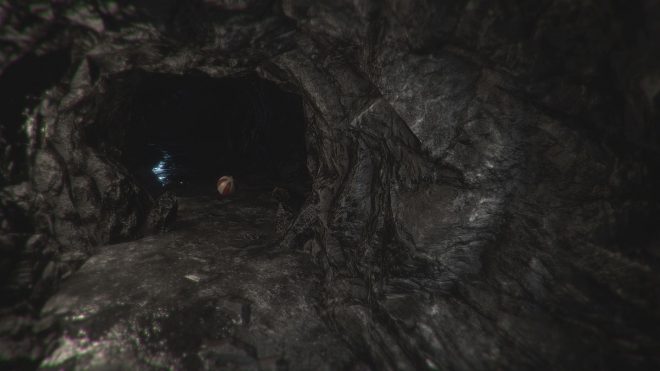 Puzzled – The biggest issue in Your Toy comes from the puzzles throughout the game. If at any point during the game you become lost, that’s just it. You’re stuck here until you figure out what you’re missing. For me, this caused a huge disconnect from some of the more horror-filled parts of the game. Being chased through a cave by a freakish enemy sent chills up my spine. But having to do this for 20 minutes because I couldn’t figure out what needed to be done started to kill the horror vibe for me. It was at this point that I was no longer scared of the enemy, and more like “Get out of my way.” The next room after this, I was stuck trying to figure out the code needed for my cellphone’s photo gallery. I knew where this code could be found but using weird symbols to represent numbers with no way to identify what number that symbol represented made it impossible to solve. After mindlessly typing away through every number from 1911 and onward, I eventually ran into the number that worked. These numbers change with every playthrough, so it can be a hit or miss with whatever solution you’re given. Given that the player has a cell phone, I feel that players should have had the option to call 411 to get “information” (a hint) of what to do to further progress.

That’s it? – Your Toy is not a long game by any means with only four rooms to visit. While your first playthrough will take you a bit longer to complete than additional runs, my difference in play time was quite ridiculous. On my first playthrough, I completed the game in 12 hours and 11 mins. Most of that time was me stuck in the first and third areas of the game doing random tasks trying to figure out a solution to situations I was stuck at. In the bathroom, I got desperate to the point that I was trying to scan a QR code on a roll of toilet paper, thinking that it would give me a means to a solution. After finally completing the game after that 12 hours, I ran through the game a second time just to see how long it would take me. I finished the game in an extremely short 15 minutes and 23 seconds. If you end up with confusing puzzle solutions that leave you just guessing, it can really rack up the playtime. But if you manage to get through everything rather quickly, it can really leave you trying to justify the money spent

Simple Boss – The game’s puzzles can be a bit perplexing but when it comes to the makeshift boss battle it’s disappointingly easy. When I would finally come to a point I had to face off against the one and only enemy of the game, the solution was to run around a wall in a circle easily completing the task at hand with each “lap” I made. The caves made it a bit more interesting as, if you got too far ahead of the enemy chasing behind you, he would randomly appear in front of you. But this was simple to avoid by simply running away till the enemy vanished, then continuing forward. Part of me was hoping that there would be a “battle” with this enemy that would have you completing a puzzle or doing something more complex whilst still trying to avoid them, but alas nothing of such occurs.

Game Over – One of the more annoying additions to the game occurs whenever you die. While it may not ever happen, it is possible to die and very easily at that. Trying to escape a room on fire,or failing any quick time events from the enemy if you are grabbed or drowning in water can all cause game over. When you die, instead of the game starting from a checkpoint, you are kicked back to the main menu of the game. From here you are required to start back up, reload your save which takes a good 35 – 40 seconds. Depending on what level you are on, the checkpoint may be at the start of the level. Say you die in the room while it’s on fire, the checkpoint for the level will be from when you entered the room. That means that anything you collected, any puzzles you may have solved etc. will have to be done all over. Other deaths like ones from drowning will take you immediately back to the start of the water level. The difference here is that there isn’t much to do in the water level so dying here doesn’t have as much impact as the room on fire does. 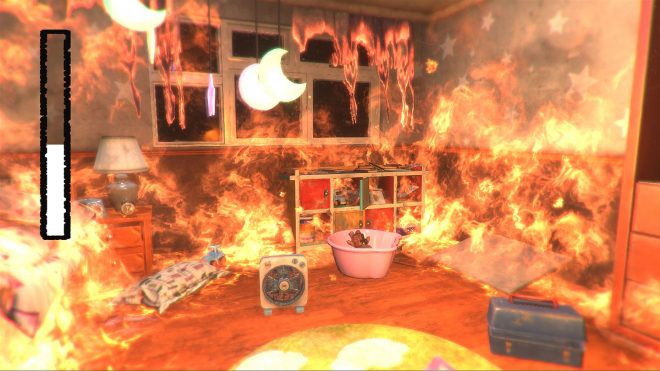 In the end, the game failed to deliver not only what I was expecting, but what it was advertising from the beginning. With a game that classifies as horror, I’m really surprised that it didn’t do what most Hollywood movies do and throw in a bunch of jump scares. The only real delivery came from the very beginning of the game and after that, it fell far shorter than I was expecting. If you have money to burn and are looking for an escape room game to play, I still wouldn’t recommend Your Toy especially when there are plenty of other fantastic games of the same type on Xbox One for relatively the same price or only a few dollars more that would meet and even exceed the expectations of the player.

Your Toy was developed by Viva Games and published by E-Home Entertainment Development. It was released on November 17, 2017 for $14.99. A copy of the game was provided for review purposes. 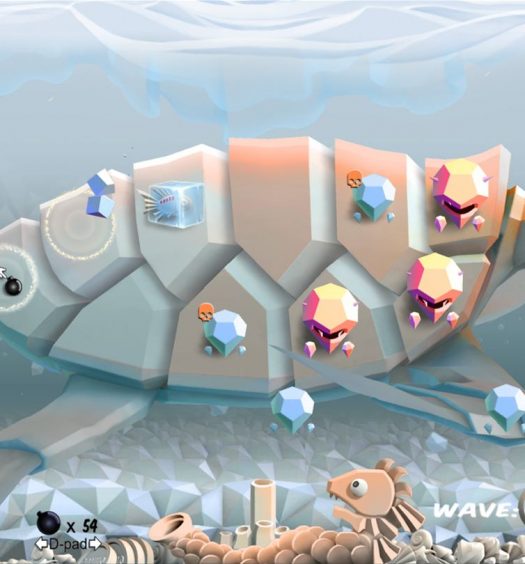