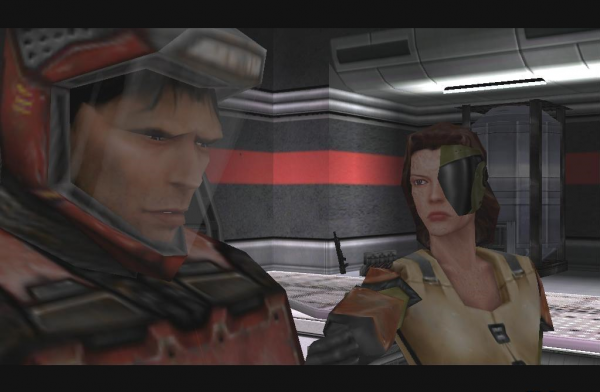 High-def textures and 1080p – It’s not that this game needs to be running on Red Faction Guerrilla‘s engine, in fact far from it. The complexity of Guerrilla‘s engine would require far too much of the game to be remade. Simply put higher definition textures, some slight rendering updates and support for 1080p would be all the game needs. Xbox Live Arcade is an interesting market; developers don’t have to do true next-gen graphics to make a game great.

Stronger multiplayer – The original Red Faction on the PlayStation 2 has two-player couch mulitplayer. Bots help the situation, but without four player local multiplayer the game just didn’t stay in the forefront of gamers’ collections. Four player splitscreen combined with both bots and online play would keep the game selling strong for years to come. Toss in some cooperative campaign play and noone would be able to pass the game up. 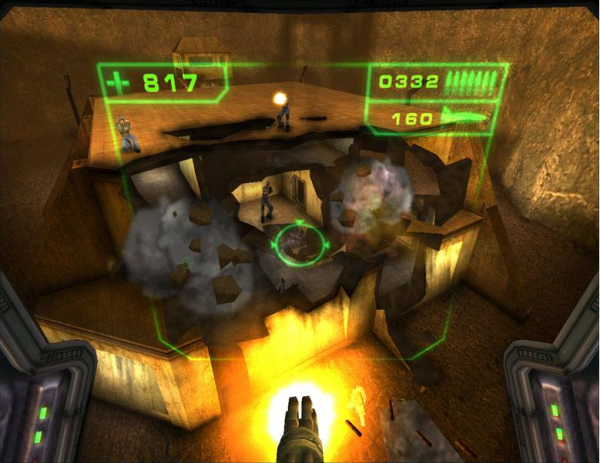 Makin’ a door – Let’s be honest, the real selling point for Red Faction back in the day was the ability to blow dynamic holes into walls and floors, allowing the player to choose their own way to navigate levels. To add to the fun Volition often hid secrets and easter eggs for players to find while carving their own path through the rock, metal and ore.

Interesting story – Red Faction‘s story isn’t incredibly compelling, but it’s strong and the Mars setting is a great swing to the standard “rise against the man” plot. The characters are campy but believable, and the plot isn’t marred by unnecessary love scenes. Parker is out to fight for what he believes in, nothing else.

In the driver’s seat – Parker got to do something mostly unseen at the time of the game’s release; drive vehicles. While the instances where the player gets to drive aren’t decided by the player and aren’t plentiful, they  provide a great way to change up gameplay with unique dynamics and traverse more of the game world. Players get to pilot vehicles such as a submarine and an aircraft fighter. 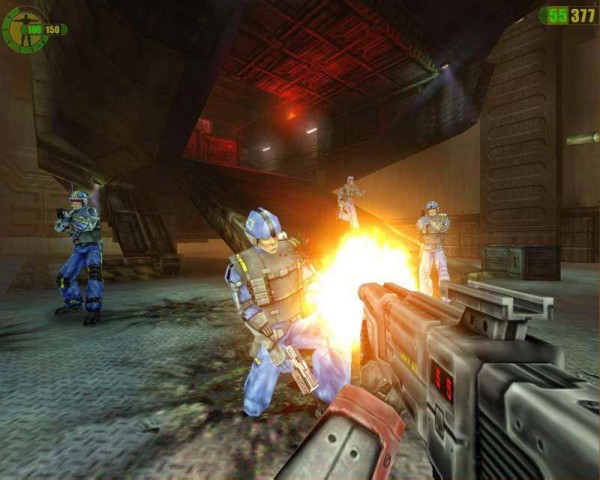 Nothing would bring in more sales to Volition’s current installments to the Red Faction series than a budget-based return to the series roots. While every Red Faction game thus far has been a blast there’s something about the original that’s still untouchable. 10 years later it could hit the top of the sales charts again via Xbox Live Arcade. This one is a relatively cheap update, too. Some updated textures, the port of the original engine, some online multiplayer and a handful of rendering tweaks. We always say it, but it seems like a no-brainer to bring classics to the 360, and this one is at the top of that list.