Lara Croft and the Temple of Osiris announced for Xbox One 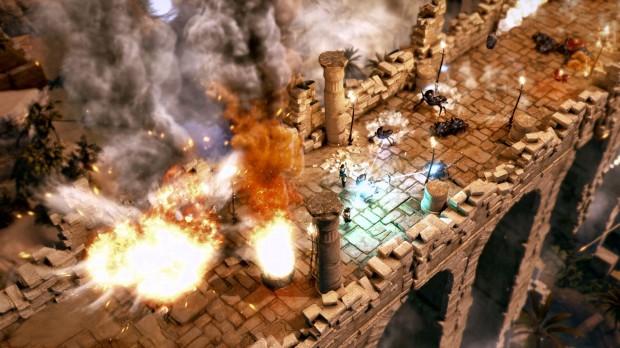 In addition to an announced sequel to the retail Tomb Raider game that redefined the character for modern gaming in 2013, the XBLA title Lara Croft and the Guardian of Light is getting a sequel as well. The highlight will be four-player co-op play, a first for the franchise as Guardian of Light was for two players only. Developer Crystal Dynamics had “always hoped that we would find the time for Lara to return in another classic AAA digital arcade title,” according to Darrell Gallagher, Head of Product Development and Western Studios.

Lara Croft and the Temple of Osiris will take Lara and her rival Carter Bell to Egypt, where they will join forces with Egyptian gods Horus and Isis doing battle against creatures out of mythology in order to prevent mankind’s enslavement. It will be interesting to see how each character is differentiated, as that was a key factor in making the first game’s mixture of running, gunning, and puzzle solving so memorable. There’s a new composer for Osiris as well: Wilbert Roget, II who worked on a number of LucasArts titles including Star Wars: The Old Republic. His music has also been featured on OverClocked ReMix.

XBLAFans thought that Guardians of Light was excellent in our review — good enough that it made our list of the best XBLA games ever made for the Xbox 360.  Lara’s latest is looking just as good if not better, as readers can see from the trailer below.