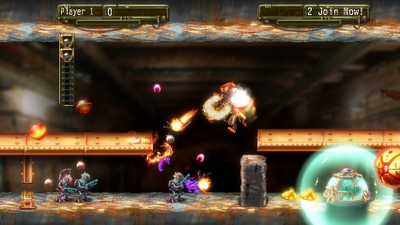 Fouls has recently updated the developer log post to respond to common questions asked, regarding their announcement such as “Who’s to say you’ll be in the top list?” and “Why don’t you just release it after the dashboard is working?” From his answers, Fouls has clearly thought quite a bit about the situation and has opted to choose a tough decision, which may very well result in a never ending battle for fixes that never come. The log is an interesting read and a small glimpse into the world of independent game making struggles, so go check it out here or a direct link here:  http://mommysbest.blogspot.com/2010/10/top-downloads-is-broken-delaying.html

Personally, I applaud them for sticking to their guns and bringing attention to an issue that is extremely relevant to both developers and gamers, but we shall have to wait and see if their efforts will bring results. If you have never heard of Explosionade before or Mommy’s Best Games, check out their official YouTube.