Fans of the game can be more hopeful than most considering some of Rare’s best games have already been re-released on XBLA (Banjo-Kazooie, Banjo-Tooie and Perfect Dark). So, the precedent for Rare’s games on XBLA is there, which is more than most XBLA Most Wanted titles can say. 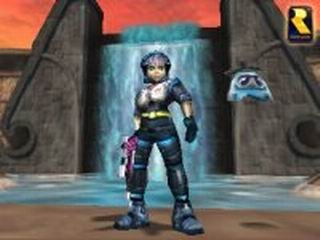 HD graphics and a steady frame rate – N64 games have aged terribly and look like incomprehensible, blurry messes by today’s standards. An HD makeover is a given for older games, but with N64 games in particular, the Xbox 360’s ability to run them at a steady frame rate and with HD graphics makes all the difference in the world. It’s important for HD remakes such as this to look and play the way fans of the game remembered, which is part of the reason why games like Perfect Dark and Banjo-Kazooie are so good on XBLA. JFG would benefit profoundly from HD graphics and a smooth frame rate, and could potentially be one of the most visually impressive games on XBLA.

Implement precise, dual analog controls – Third-person shooters have come a long way in the last decade, and the idea of controlling any 3D game with one joystick seems very archaic. One of JFG’s biggest problems was its floaty, imprecise controls that made platforming, aiming and combat more difficult than they should have been. The Xbox 360’s controller is designed perfectly for this type of game, and with tightened controls on a dual analog controller, players could have the experience that JFG was meant to provide.

Better cooperative play – Once players unlock Floyd, a small, hovering robot that just kind of hangs out over the player’s shoulder, a second player could join in and take control of him. Movement and aiming was limited to whatever direction the main player was facing however, and basically just acted as a protective turret. An HD remake of JFG should have a better co-op component to it, granting the second player more freedom to move, shoot and help the main player. 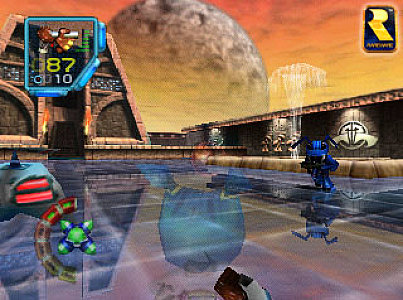 The exploration elements and level design – JFG featured some huge, sprawling levels that were expertly designed for multiple play-throughs. Each level took place on a different planet (or space ship), and each had its own visual style, architecture and layout. Secret areas were littered throughout and couldn’t be accessed without some certain weapons or powers, while other levels featured whole sections that required another character to access. The cues taken from Super Metroid were clear but taken to a whole new height, and should absolutely be left untouched.

Epic scope and sense of scale – As mentioned above, JFG’s levels were massive and required the player to fly their spaceship to different planets and space stations. Lush jungles, barren alien vistas, ancient ruins and fancy palaces are just a few of the varied locales players visited. The sense that players were traversing a galaxy and exploring foreign planets and ridding them of evil was unlike any game before it. JFG also featured some of the largest boss battles ever, tipping the game’s scale even more.

The great sound design – JFG was one of the few N64 games to actually feature surround sound support, and the attention to detail of weapon sound effects and music is noticeable. Even before my personal love and appreciation of video game music, JFG’s grand musical score caught my attention. Each area in the game featured appropriately moving and unique scores, and is some of the best work on the N64 in my opinion. Unlike the graphics, the audio is JFG holds up very well and arguably wouldn’t require any updating. 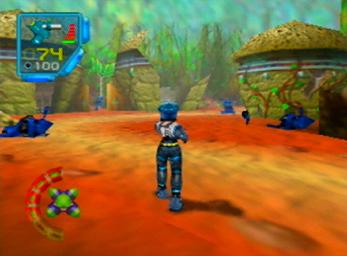 Despite that some of Rare’s N64 classics received HD treatment and were re-released on XBLA, the potential for an HD remake of this game, or any other of Rare’s games for that matter, seems slim. With a completely new team focusing on developing Kinect games, it is highly unlikely that we will be seeing any of their classics again.

Just going to Rare’s official website is depressing, as there is barely any acknowledgment of the games that made them so beloved during the N64 era. Your best bet is to visit any of the dedicated fan sites, such as this impressive one for Jet Force Gemini that covers everything about the game you could possibly imagine.