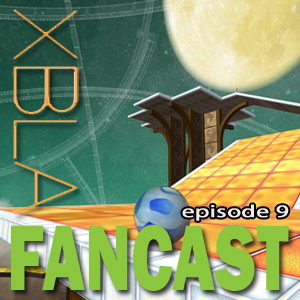 Steve Melton and Stephen Haberman join John and Andrew this week and they cover a lot of topics. Links for each individual news story can be found below.

Among the news stories is a Burnout game headed towards XBLA that has most of the guys excited. They also discuss the abrupt delisting of the very popular Marble Blast Ultra. Needless to say, this news was fairly shocking to all XBLA enthusiasts and the guys share their thoughts on the sad news. News of Backbreaker Vengeance heading towards XBLA spins into a heated discussion about how important player licensing is in sports games. And a quick look at March sales figures rounds out the news section.

The past few weeks have seen a few new games that the guys finally got around to talking about. Mixed opinions are given to Yar’s Revenge while Might & Magic: Clash of Heroes seems to have looked over one minor detail that is a deal breaker for John.  They also discuss the failure that is Red Faction: Battlegrounds and obviously the upcoming Section 8: Prejudice comes up as Steve has been reviewing the game.

We also discuss the news that our very own Stephen Haberman has been selected as one of three lucky gamers to be sent to cover E3 for the Kmart Gamer promotion. Congratulations to Stephen and the other two lucky gamers. More details can be found here.

Reviews for games discussed in this episode: