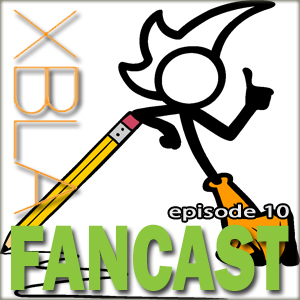 A day late due to technical issues but we’ve got a jam packed show so let’s get to it!

Stephen Haberman joins John, Tyler and Andrew this week and kicks things off by talking a bit about Bastion which is now code complete. Andrew chimes in on Gatling Gears, which now has a date and price, while he’s a big fan of the game he’s not too keen on that price tag. What looked to be a Hydrophobia sequel was discovered (we now know it’s another revamp) and the guys discuss whether they think the original deserves one.

Fancy Pants Adventures and Section 8: Prejudice came out last week and the guys have been playing both, they share their fairly positive thoughts on both. Tangents into discussions of other games and even a little about reviewing games are also interspersed. Don’t forget to join us for our playdate on the 29th, details are here.

We’re back on iTunes! Please subscribe and leave us a review, we’ll be your bestest friends if you do.