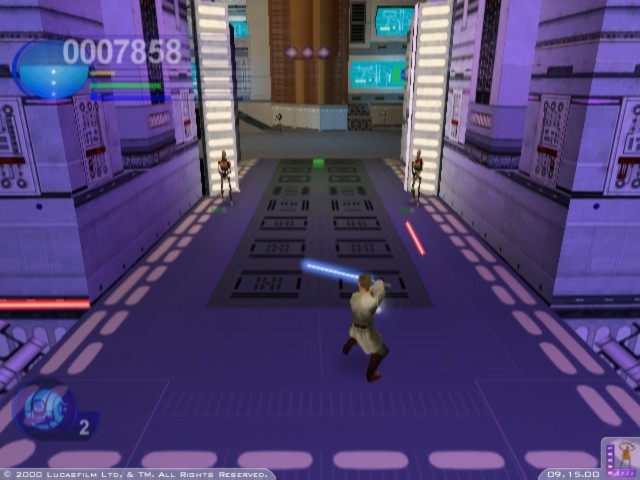 Customization – If there’s one thing gamers love in Star Wars games it’s the ability to make their own Jedi. There’s a certain thrill to the process of choosing a lightsaber hilt or of course the all important color. Will you wield one lightsaber? Two? Or will you follow in the footsteps of Darth Maul and go with a double-ended laser sword? Power Battles would become immensely more compelling to modern audiences if it were to add a customization and/or leveling mechanic. Consider the Call of Duty multiplayer template applied to a game like Jedi Power Battles. Players gain XP for kills and as they level can power up their abilities and customize their appearance. Congratulations, you reached Level 5! You’ve unlocked the pink lightsaber color!

Encompass more of the franchise – The first Power Battles was limited in that it was released to tie-in with the Episode I movie. The other prequel movies were still in the works so short of going back to the original trilogy it’s scope was fairly limited. We now live in a world that has seen the release of all 3 prequel movies as well as a remarkable amount of Expanded Universe fiction. This gives far more to draw on for not only levels but playable characters. Run through a Geonosis level as Kit Fisto? Yes, please. The locations seen throughout the prequel trilogy would provide many more new and varied environments and potential for some interesting enemies.

Expanded co-op – Side-scrolling brawler games were made for couch co-op, XBLA games like Castle Crashers and Scott Pilgrim have shown that people still love that kind of multiplayer experience. On the PS1 Power Battles was limited to two players, developers rarely expanded on this number because so few people had the multi-tap peripheral needed to play with 3 or 4 players. That is no longer an issue with current consoles, we can now easily have 4 players on one console or best of all 4 players over Xbox Live. Whether online or local an expanded co-op mode is a must, as they say everything is better in co-op. It’s a sure bet slicing up battle droids with some Jedi buddies would be a blast. 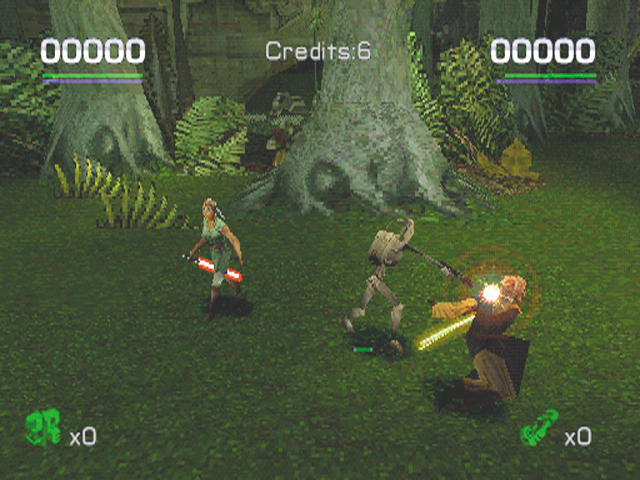 Perspective – The side-on viewpoint that the original game had works perfectly for the type of game it is. If one were to change that to a behind the back third-person camera, similar to Force Unleashed, it would over complicate things. Power Battles should be a pick-up and play game, anyone should be able to jump on and get straight to the action without having to worry about making sure their camera is the right way round.

Extras – For the dedicated players there was a ton of stuff to unlock in the original Power Battles. From hidden characters to silly (but fun) side-modes. In addition to customization and leveling, unlocking these sorts of added bonuses would add a lot to the replayablity and make a nice palette cleanser between all that droid slicing.

LucasArts has gone through too many restructures to count since Jedi Power Battles was first released. Their focus has shifted numerous times as a result, with the last generation seeing a good deal of variety in their Star Wars output. From traditional action games like the Revenge of the Sith game to slightly less traditional fare with the squad shooter Republic Commando.

Now their internal development amounts to the two Force Unleashed games, Monkey Island remakes and the puzzling side project of Lucidity. It is that final release that could possibly give one hope that LucasArts may consider looking to XBLA for some future releases. If they do then we hope they take a good look at their back catalog and realize just how well-suited Jedi Power Battles is.