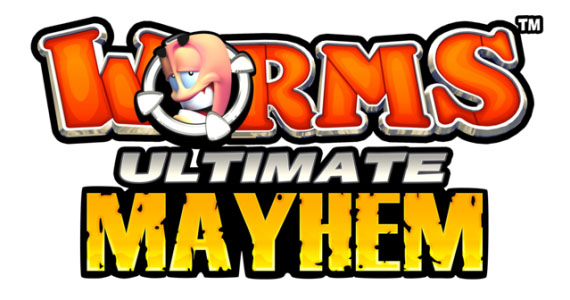 Worms and Worms 2 Armageddon have both been well received on XBLA, so naturally Team 17 had to bring their only true departure from the traditional Worms formula to the XBLA, and it hardly even changes core gameplay. Going 3D means a lot of things, it means spatial awareness, it means depth perception, but it doesn’t make the game any less of an artillery shooter or any less ridiculous. Here’s what Team 17 had to say about their upcoming title:

Worms Ultimate Mayhem is a souped-up, re-vamped, high definition reimagining of Worms 3D and Worms 4: Mayhem, bringing both games together in one incredibly over-stuffed, over-the-top package for Xbox 360 from Xbox LIVE, for PlayStation3 from PlayStationNetwork, and also for PC from Steam. Including all of the content from the original games, Worms Ultimate Mayhem also brings a whole host of anarchic additions – more single player missions, more puzzles, more customisation, more worms!

Team 17 Head of Design John Dennis voices his delight at bringing the 3D turn-based mayhem into the current generation:

“It’s been an absolute pleasure getting the chance to revisit two titles that we remember so fondly. In squeezing the entire content of both “Worms 3D” and “Worms 4: Mayhem” into one collector’s edition digital package, we’ve delivered a “best of the 3D Worms games” experience, complete with 60 single-player missions, 12 graphical themes, 38 weapons, full online play for up to four players and literally more ways to customise your worm and game experience than we can count.”

“As if that wasn’t enough, we’ve also taken the opportunity to add high-definition sparkle to the visuals and make a raft of improvements and extra content as suggested by fans of the original titles: from vastly improved camera functionality and voice-acted mission intro sequences, to all-new challenges and multiplayer maps. We’re very proud of the original games, and hope that in delivering this definitive version, fans of the original titles and players new to them will take the time to check out “Worms Ultimate Mayhem.“

Worms Ultimate Mayhem will be released later in 2011, literally full to bursting with more content than you can shake a worm at!