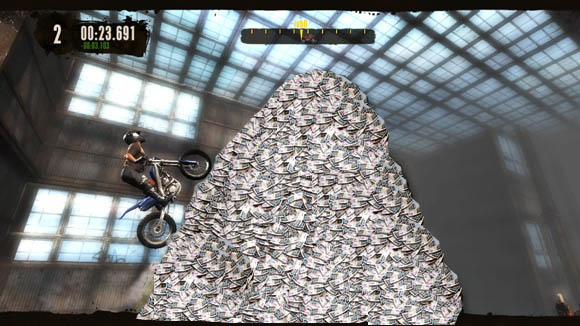 Trials HD developer Redlynx has announced that their physics-based motorcycle racing game has surpassed the one million sales mark on Xbox Live Arcade. The game was touted as one of the best Summer of Arcade titles in 2009, right alongside Shadow Complex.

Since its release, Trials HD received an expansion in late 2009 called the Big Pack, and is getting another expansion this fall. Titled Big Thrills, the next expansion will feature more than 40 new tracks, 10 of which were handpicked by Redlynx in the Trials HD community Track Creator Challenge.

Trials HD is a menace, but comes highly recommended by the XBLAFans.com staff. Definitely give this game a shot if you haven’t done so already.