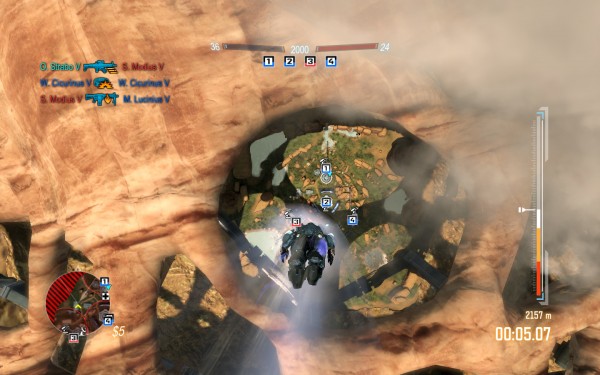 A few weeks ago we were able to jump in TimeGate Studio’s Community Playdate. As cool as that was, TimeGate went the extra mile and offered up some codes for the game as well as swag for us to give away. We asked you to give us your questions for the Section 8: Prejudice developers in exchange for getting a chance to win a prize. Now Community Manager Bryan Perez answers your burning questions. Everything from future DLC to patches to the development process – if you asked, they answered.

Were you nervous about releasing such a full game as a downloadable instead of a retail release? Has this format been as much of a success as you hoped?

We weren’t nervous about releasing Section 8: Prejudice as a downloadable title. In fact, we were pretty excited about it because going digital allowed us to release $60 worth of content for only fifteen bucks (which isn’t really possible at retail stores). The digital space is effectively infinite, and it allows us to put out as much content as we want, and quickly, without having to worry about shelf space.

There are a lot of tools at developers’ disposal from Microsoft, Sony, and PC outlets that make it possible for digital titles to perform well. With the positive press and community reception of the game, we’ve been very pleased with how Prejudice is doing in the digital space.

Was there a downside in development knowing the game would be only $15?

When we set out to make Prejudice, we were anticipating it would be a retail title sold at $60. About halfway through development we shifted gears because we saw this great opportunity to do something different in the digital space. Most digital-only titles fall under $20, so we decided to price Prejudice at  $14.99 to make the game easily accessible to gamers. Relatively speaking, the development process remained very similar to the first Section 8 title. It was actually a little easier this time around because the infrastructure for making Prejudice was already in place from the original Section 8.

What were some of your biggest gaming influences when you were growing up, and did your perspective as a gamer change when you started to actually make games?

A lot of us at TimeGate grew up playing Mario, Zelda, and Final Fantasy games. As far as shooters, I grew up playing Unreal Tournament, Tribes, Halo, and Call of Duty. My perspective as a gamer definitely changed when I entered the video game industry professionally. Instead of just playing the game, I started noticing small details in level design and gameplay. Also, when I’m playing a game, I’ll think to myself, “Why did they choose to do this?” or, “What made them think of trying X?”. Learning to think this way only improved my creative process when making a game.

What was the biggest influence in the artistic direction of Section 8?  Did the influence originate from another game, movie, book?

Our art team pulled inspiration from movies as well as video games. Specifically, Aliens and Final Fantasy the movie influenced environment design, while the soldier armor you see in Prejudice is a combination of the bulky designs you see in Gears of War paired with a more modern, sleek design found in Asian armor designs such as Neon Genesis Evangelion. 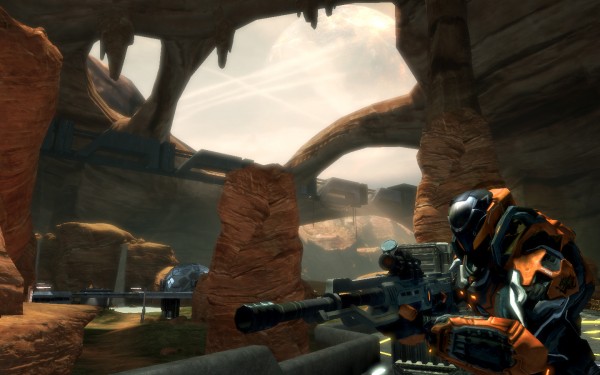 Are you guys working on a patch to limit in game freezing?

We have fixed the hard-lock and are packaging the fix in our next Title Update that is scheduled to release on June 1 alongside our Overdrive Map Pack. We will have full patch notes available on our Community Page (http://warisprejudice.com/community/) tomorrow.

I’d like to send a big thank you to the community who have been patient while we’ve worked on this problem, and we will continue to work on additional bugs and monitoring the game moving forward.

Are you guys working on rebalancing any weapons? I’ve heard the shotgun, napalm, and anti-air turrets seem a little too effective?

We have made a lot of balance changes to the game already. Our forums and the Prejudice website are regularly  updated with new or upcoming changes/additions to the game. Our community plays a big role in helping us figure out what balance changes need to be made. Every thread is read by our team and we are constantly evaluating metrics from live gameplay and player opinion to provide the best experience possible.

Will additional DLC be released down the road? What types can we expect?

We actually have our first DLC coming out tomorrow (June 1)! The Overdrive Map Pack  includes two new multiplayer maps that are available for Swarm, Conquest, and the newly released Assault mode. It’s available for both Xbox and PC players for only 320 Microsoft points on Xbox Live and Games for Windows Live Marketplace.

Of course we have more DLC up our sleeve, but I can’t share any more than that!

Do you think you will be able to continue the story of Section 8 and expand on it?

The Section 8 universe is vast, which is great because it gives us the ability to take the story in multiple directions.

Is TimeGate Studios working on any non-Section 8 related games?

Yes, but it’s super-secret right now! We hope to have more information on our next project soon.