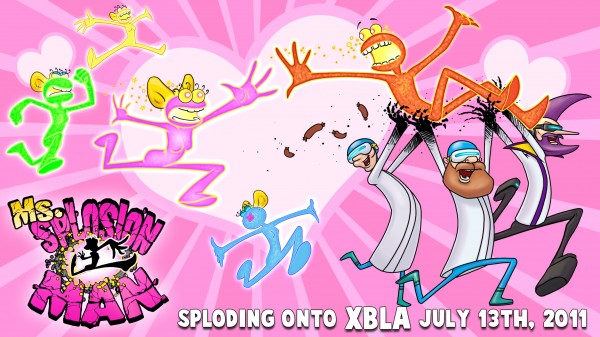 That crazy gang over at Twisted Pixel is letting yet another dangerous character loose. Ms. Splosion Man will be making her Xbox Live Arcade debut on July  13, 2011. No price has been revealed, but given the cost of the last game and Twisted Pixel’s history of packing a lot in for a low price we’re guessing it’ll be 800 MSP. The game boasts several improvements over its 2009 predecessor including the ability to view ghost replays, new gameplay mechanics, a Super Mario Bros 3-style overworld, unlockables and more. Check out our E3 preview of the game as well as our coverage on ghost replay data for more information.