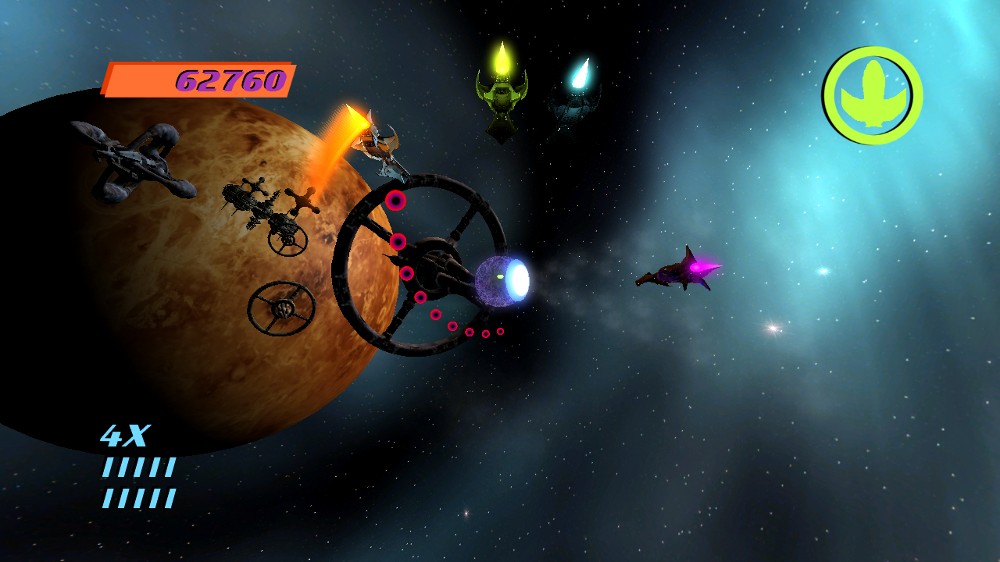 Amazing soundtrack – One thing that every good rhythm game needs is a strong set of tunes, and that’s just what Shield the Beat has. Artists like Franz Ferdinand, DJ Champion and Malajube fill out the music department. Each artist provides a totally unique song that adds variety in not only what you hear, but how you play. It’s good to see an XBLIG developer get backing from bigger artists, and the effect pays off.

Twisty, turny gameplay – Sure, the computer controls the ship, but while piloting the shield controls you get to see the rollercoaster ride from a great perspective. While your thumbs are busy rotating the shield to catch enemy fire you’ll travel along a fun little journey across, over, and through larger nearby ships. At the end of the day you hope someone gives that computer a medal for all its amazing flying, and that someone gives you some bandages for your worn out thumbs. It’s just such and addicting experience.

Expand the crew – One player can choose to play with just the blue shield, or if they feel the itch they can also control the red. It’s beyond hectic at this point and can only be compared to Ms. Splosion Man‘s 2 Girls 1 Controller mode. Thankfully a friend can sit down on the couch with you and handle the red, meaning the visuals are just as frantic but leaving you with only one bruised thumb instead of two. Odd menu style – When you’re actually in the heart of the game everything feels so colorful and alive. Somehow that didn’t translate to the menus, which have the color palette of an old Nintendo game. The scheme might have worked in another title, but for some reason they totally clash here.

Not for the casual – While there are multiple difficulty levels in the game we couldn’t handle anything but normal. Both the Guitar Hero and Rock Band series have a gentle learning curve but here casual players will feel thrown to the wolves. Yes, the first level is simpler than the rest, but even on normal difficulty it may prove a turn off for some. 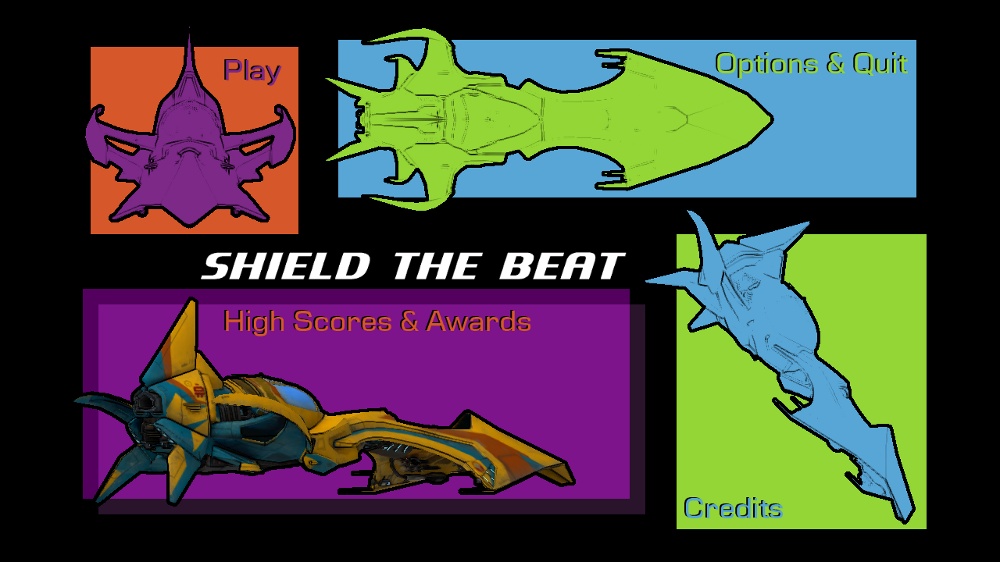 Despite the difficulty curve Shield the Beat is a must-have title. Yes, its price is 400 MSP, but the game provides plenty of gameplay to compensate and includes a soundtrack that will have you looking up the songs on iTunes so you can listen to them on the go. There’s just something refreshing about playing to music and not need a plastic instrument, and most of the time the game feels soothing after a long day. Just don’t try the hard difficulty when frustrated.

*Update: The price has now been dropped to 240 MSP.