Tequila Works and Cavalier Game Studios cordially invite you to join them at the never-ending masked ball at The Sexy Brutale. Unfortunately, the enigmatic Marquis, owner and maestro of the mansion appears to be missing from his party and in his absence, guests are being murdered by mansion staff in a range of bizarre and horrifying ways. Perhaps it would be prudent to stay at home? Of course, you’d then be missing out on possibly one of the most interesting games released this year. 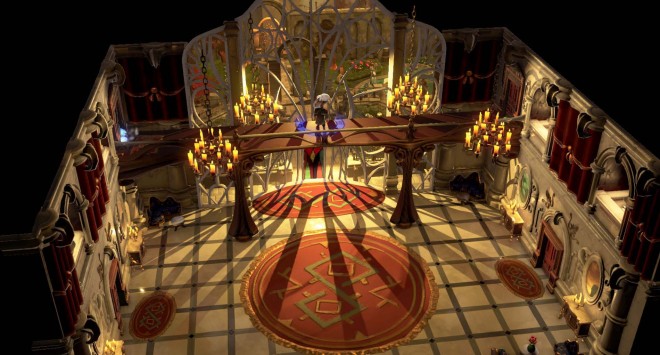 Fresh Fun – I don’t think I’ve ever played a game quite like The Sexy Brutale. The closest I can think of is Hitman but in reverse. You take on the role of Lafcadio Boone, who has awoken in the middle of a gothic mansion named The Sexy Brutale, during a lavish masked ball that seems to be stuck in an endless loop. On witnessing the murder of one of his friends, he is visited by a ghostly figure, the mysterious Bloody Girl, who gives him a magical timepiece that lets him control where he is when the day resets, and a magical mask that allows him to retain his memories afterward. Players must then discover a way to prevent the murder from occurring in the first place and before time resets and the gruesome events replay themselves. Think Poirot crossed with Groundhog Day and you’re nearly there.

Pleasing Puzzles – There are ten guests to save all in, though some of these are part of a double murder scenario, where you must save two guests simultaneously. You are told what time the event will occur but not where and how. You will have to figure this out yourself. Similar to Hitman style games, this is done mainly by stalking the victims and the murderer themselves, and looking for any weakness in their routine that can be exploited. Peepholes are scattered throughout the mansion for you to watch unseen and you can also listen out for footsteps and voices to indicate where other characters might be. You are not allowed to interact with any of the other characters, so players must use planning and stealth to solve the puzzle. Each of the murders are fairly extravagant and seemingly complex, however figuring them out is rewarding and treats you to a new cutscene when you have saved a guest. The Bloody Girl will also make a reappearance and gives you the mask of each rescued guest, which in turn provides a new ability, such as perfect hearing, to aid you in the next murder. 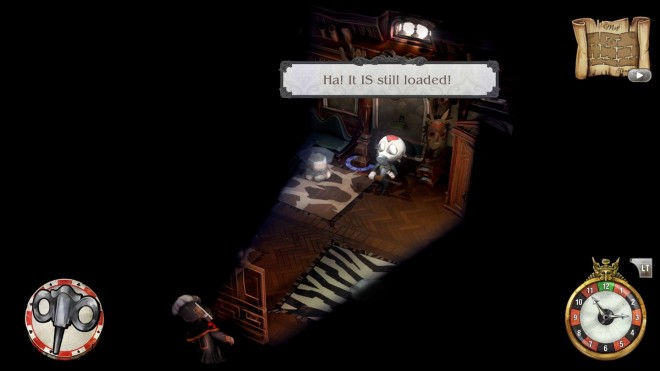 Murder Mystery – If you enjoy a good Agatha Christie, then you’ll be right at home in The Sexy Brutale. Aside from the murders to solve, the game is filled with secrets, ghosts and hidden passageways for you to discover. The mansion is, on the whole, free to explore from the get go, but certain areas are blocked until you have acquired the right set of skills. It’s also huge, so you’ll be hard pushed to explore all you want within each game day. Luckily, you have the option to choose different starting points, from which you will awake after the day resets. These take the form of grandfather clocks located throughout the game. However, to make use of them, you need to first find a winding mechanism and then secondly synchronize the clock to your magic timepiece. There are also a number of collectibles like playing cards scattered throughout the mansion, and you can also collect each guest’s invitation, a task which can often be as tricky as saving them, adding some decent post-game replay value.

Sexy Style – The game is presented like an intricate, gothic diorama. While it’s not clear what decade the game is set in, the character design and music have a roaring twenties feel. The mansion itself is decadent as you’d expect from something called The Sexy Brutale and each bobble-headed character is beautifully dressed. Each guest dons a mask more outrageous than the next. Though cartoonish in appearance, the animation is highly detailed and truly breathtaking on a large TV. The music itself is mostly cheerfully bouncy, though there are a few tender tracks at just the right moments. Overall, it reminded me of the Final Fantasy 9 soundtrack, which is a pretty high honor for any videogame. 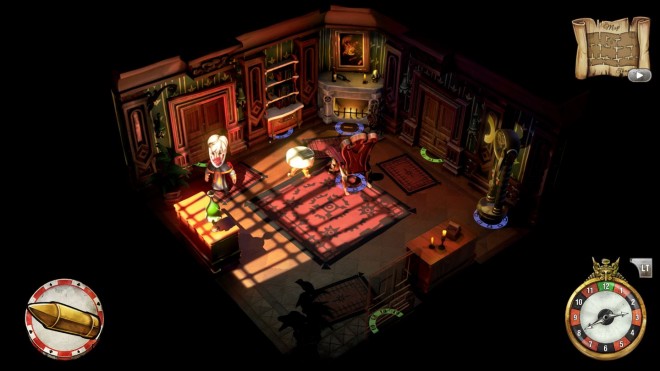 Door Delays – Oddly, The Sexy Brutale seems to suffer from “door lag.” When traveling from room to room, sometimes pressing A to open a door will do nothing or there will be a few seconds of delay before the door opening animation kicks in. I’m not sure if there were some loading issues, but this delay had me mashing the A button, pretty much throughout the game, as I wasn’t sure if the button press had registered at all. It’s certainly not a game breaker, but it does get annoying when you are racing the clock and want to reach somewhere before the day ends. Hopefully, however, this can be something easily resolved in a patch.

I thoroughly enjoyed my time with The Sexy Brutale. It’s been a long time since I felt the desire to replay a game past completion to find every collectible and every secret, but the game is so intriguing it’s almost addictive. With gorgeous graphics, a jaunty soundtrack and some seriously spicy murders to solve you’d be crazy not to want to take a peep at the action. It’s perhaps a bit early to be talking about Game of The Year contenders, but certainly, The Sexy Brutale just raised the bar for 2017.

The Sexy Brutale was developed by Cavalier Game Studios and published by Tequila Works on Xbox One. It was released on April 12, 2017, for $19.99. A copy was provided for review purposes. 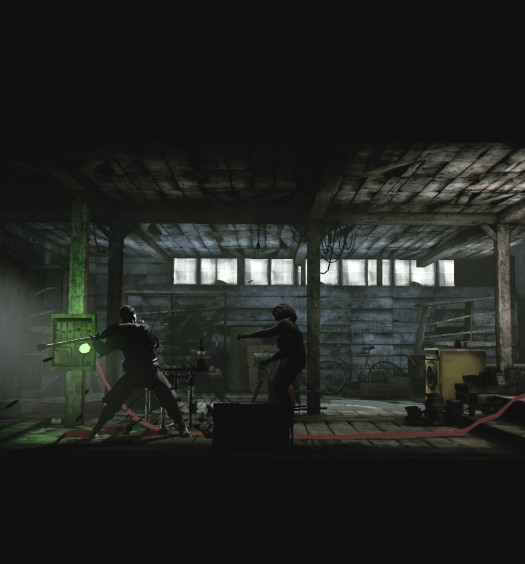