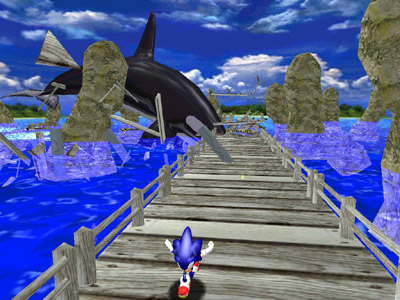 Originally for the Dreamcast, Sonic Adventure will feature high definition visuals and surround sound, plus Achievements and leaderboards.

There is no news on Crazy Taxi for XBLA at the moment, which was heavily rumored at the same time Sonic Adventure was.