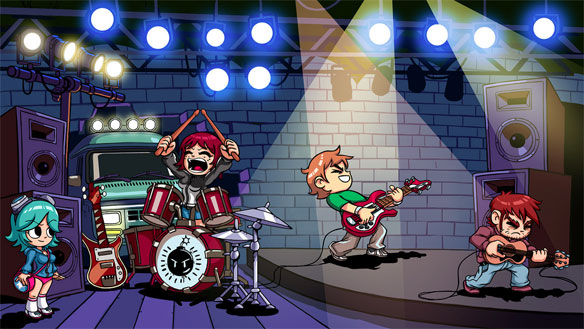 Fans of chiptune quartet Anamanaguchi and Scott Pilgrim rejoice – not only is Scott Pilgrim vs. The World: The Game coming to XBLA on Aug. 25, but the game’s soundtrack will be released on iTunes on Aug. 24 via ABKCO Music and Records.

For the uninitiated, Anamanaguchi makes “hyper-active, hyper-positive, 8-bit jams that party/wail with us on guitar and drums,” as described on their blog. As far as chiptune bands or videogame cover groups go, few are more popular or skilled as the ‘Guch.

It’s quite rare for an XBLA game to have its soundtrack released on digital download services, so if you’re even the slightest fan of game music or Scott Pilgrim, I’d highly recommend a purchase. Especially if it means showing your support and sending a message that people will buy this kind of stuff.