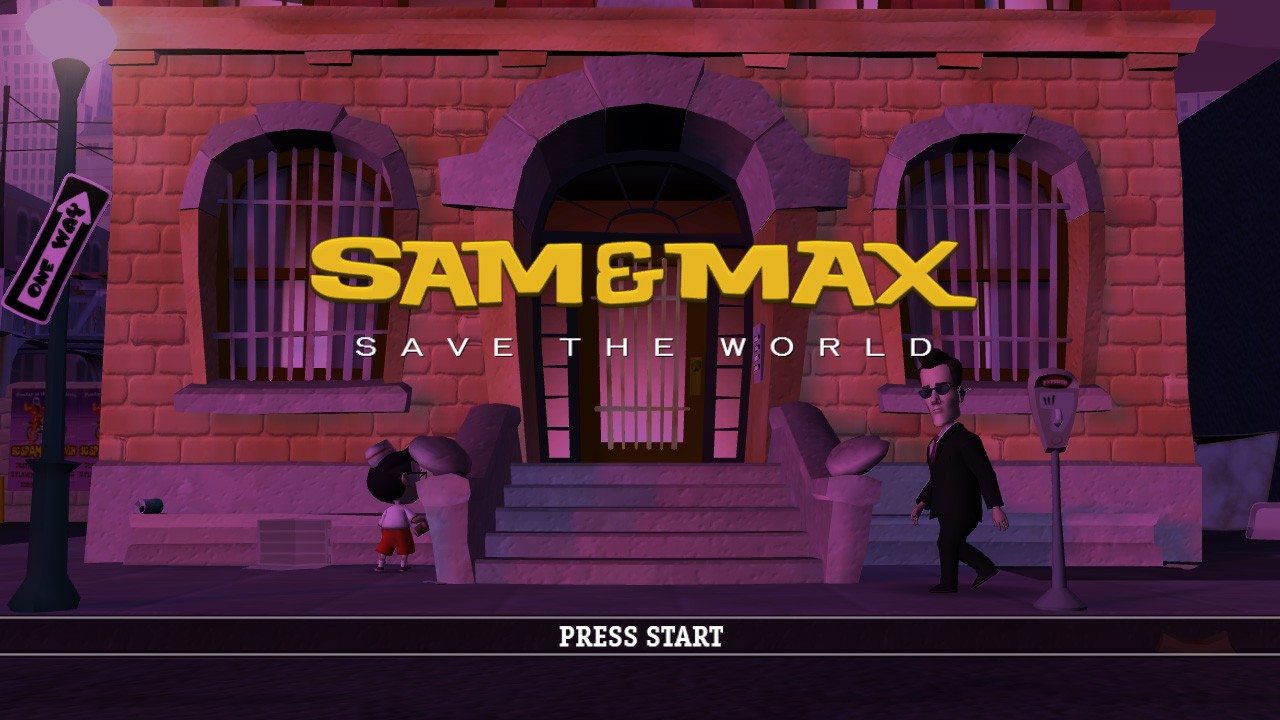 Sam & Max Save the World was developed and published by Telltale Games. It was released June 17, 2009 for 1600MSP. 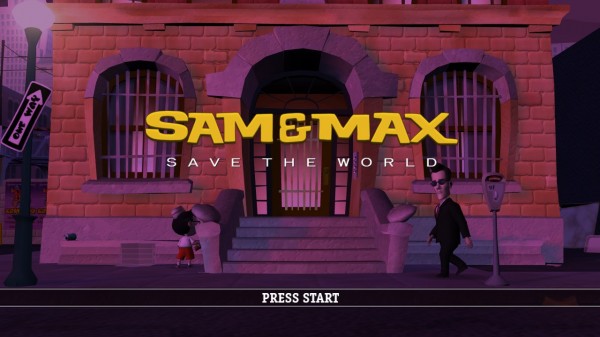 Point and Click adventure games were extremely popular in the 90s, but fell to the wayside once console gaming became more popular than computer gaming. The genre sat barely noticed for many years, but a new episodic format envisioned by Telltale Games tried to change that. Sam & Max Save the World is a compilation of six of the Sam & Max episodes where the dog and rabbit duo, otherwise known as the freelance police, must solve a number of crimes connected to an overarching plot. Sam and Max reinvent the adventure genre in a game that rewards a good thought with a good laugh. 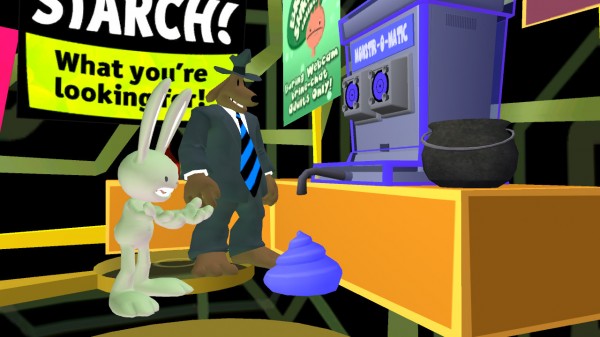 Puzzling Gameplay – Sam & Max plays like a classic adventure game: you pick up items and talk to people in order to solve puzzles and progress the story. Objects are viewable in the inventory on the bottom corner of the screen, always available for use. They can be given to people or used on other objects by moving them to the desired target. Some puzzles can only be solved through dialogue; talking to residents and suspects brings up a list of conversation choices which can be used to gather the necessary information. Every important dialogue can be re-heard, and dialogue you don’t want to hear can be skipped. Some puzzles are easy and straightforward, while some may take some brain power with off-the-wall solutions. The game doesn’t punish you for messing up solutions or randomly guessing, and everything can be played at your own speed with no risk. Exploration is also a must: the game’s colorful locations range from the streets of New York to the White Houes to the Internet.

Crazy Humor – Comedy is rare in video games, yet Sam & Max is flat-out hilarious. From exchanges between the two protagonists to the crazy characters they encounter, there’s always a crack waiting to be made. Every object has some quirky line attached to it. There is a huge cast of crazy characters to meet, but nothing beats the great relationship between the two main characters. Not every joke is laugh out loud material, but you’ll always have a grin on your face while playing. Sam & Max is utterly quotable, so much so it was hard not to quote it in this review.

Music – The game features a predominantly jazz soundtrack which sounds fantastic. Each location has its own tune to capture the emotion and ambiance of the area. The themes become memorable and you may find yourself humming along as you get closer to the end of the game. Controls – The game is controlled using an on-screen cursor, a system which works much better on a computer but is merely functional on a controller. There can be problems while making Sam walk; sometimes he’ll walk in the opposite direction and it can be hard to get him back on track. This annoyance doesn’t happen too often, but in cramped areas it can be frustrating.

Hints – The game’s hint system can be turned on or off. When on, Max will randomly spurt out a line which is meant to nudge you in the right direction when the game senses you are stuck. Not all the hints are helpful; sometimes they just restate information you already know. Even with hints on high, you’ll have to run around aimlessly for a while before Max gives you any more help. It would be much easier to get a hint when you want it instead of when the game decides, or just use a walkthough.

Sam & Max Save the World is fun for anyone who doesn’t mind using their brain. The comedy is top-notch, the characters are memorable, and the puzzles are puzzling. Sam and Max breath fresh new life into a genre most thought was dead, and do so in their signature gun-toting, wise-cracking, devil-may-care style.

While the Sam & Max games have always been fun the price of this one may be too much for some folks. In comparison to the Steam release of the game (dubbed Sam & Max: Episode One) players save 33% on the cost if bought on Xbox Live Arcade. That’s honestly a good deal. The problem lies in the fact that 1600MSP is the absolute highest price any XBLA game has been so far, and out of 350+ games only four are currently priced at that cost. It’s a great title, one that shouldn’t be missed, but it’s worth waiting until it’s a Deal of the Week.

Score: Buy It (but only when it’s on sale)

Telltale Games Sam and Max Save the World
Top