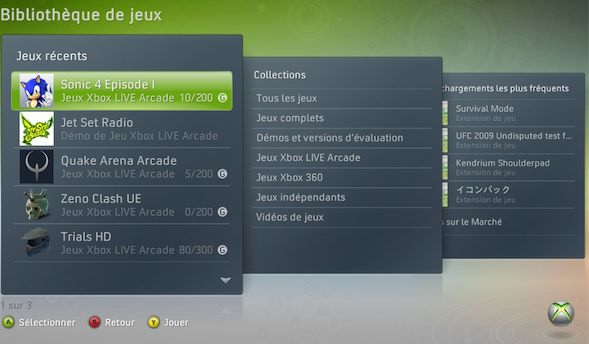 As many of you know, multiple screenshots have appeared over the past few weeks that have led people to believe that many Dreamcast titles are on their way to the Xbox 360. A screenshot has surfaced from a source calling himself Xbox360Leaker that shows a Jet Set Radio demo from a French Marketplace.

Many of you probably better remember this game under its North American name, Jet Grind Radio. The game was amazing, and it set many new standards for how people approached creating a game. The one thing that might keep this rumor from being true is  the musical red tape; however, with all the music games out there now, we can’t see it being too hard anymore to license the tracks. If it is in fact a future release, we am sure we will be receiving confirmation soon enough. Let’s hope that with the confirmation also comes word that they will be including content from both Jet Grind Radio and De La Jet Set Radio, which would mean two more levels and a slew of new music tracks.