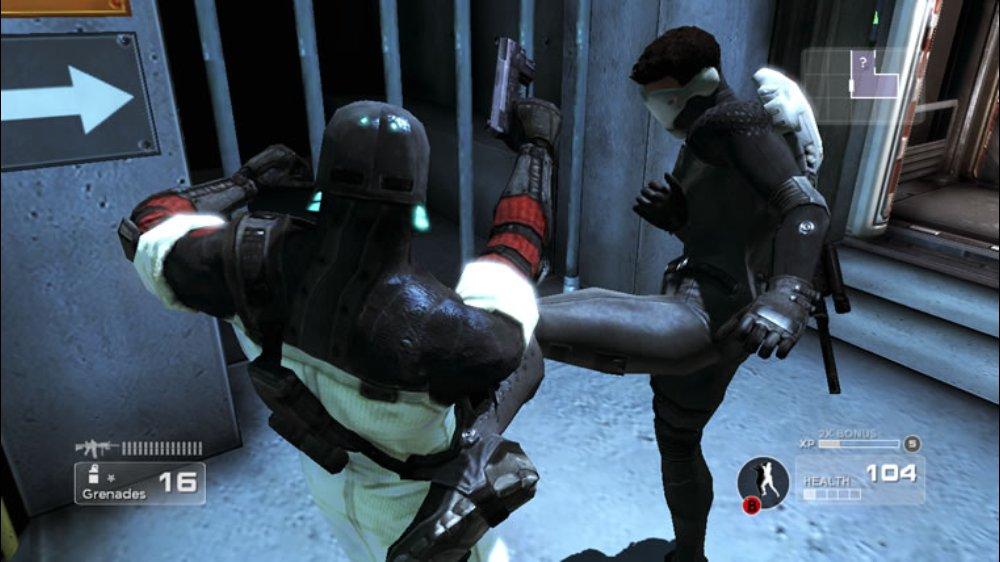 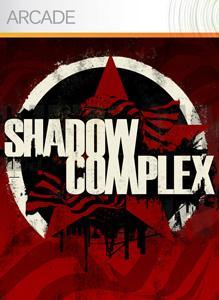 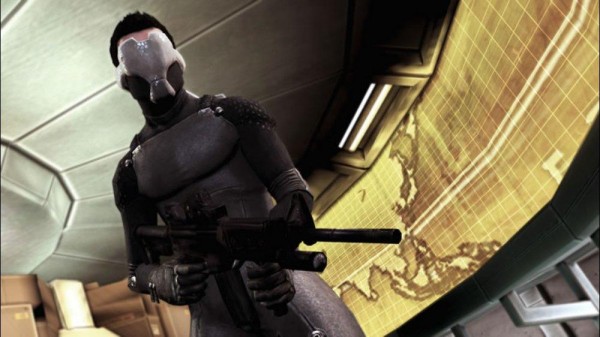 Presentation and graphics – From the beginning of the game, you are thrust into a story filled with government intrigue and conspiracy through well-acted dialogue and engrossing cut-scenes. Deep emotion runs through these characters with extremely polished graphics that are a definite showcase for XBLA. It feels like a living, breathing world with great attention to detail that ranges from subtle to explosive constantly.

Fast-action combat – You use the right analog stick to aim and the triggers to shoot, very similar to most FPS and Third-Person shooters but it feels different in a 2D styled action/adventure game. It’s almost as if it’s a refinement on systems that Metroid hero Samus Aran once went through. You’re able to shoot or throw grenades in every dimension, not just in two dimensions. The character can track enemies further back in the 3D world and attack them, and they can do the same. It’s an interesting way to bring a little more 3D to a 2.5D game. Combat variety is great, too. Players can shoot or kick sentry robots close to enemies which cause splash damage when they explode. Close enough for hand-to-hand combat? Attack and the character will execute cool military takedown on the enemy. It’s tactile for a shooter and also great fun for action/adventure game.

Re-traversal and new weapons/items – Exploration is a key factor in Shadow Complex, something it borrows heavily from Metroid. Every little nook and cranny could reveal a new item or expansion to hold more grenades, mines, and more. The core of the game has you exploring the facility to gain new technology. These allow you to eventually overcome areas that you weren’t able to travel to before. That re-traversal element makes replaying the game a joy where you can eventually take entirely different paths to finish the game. 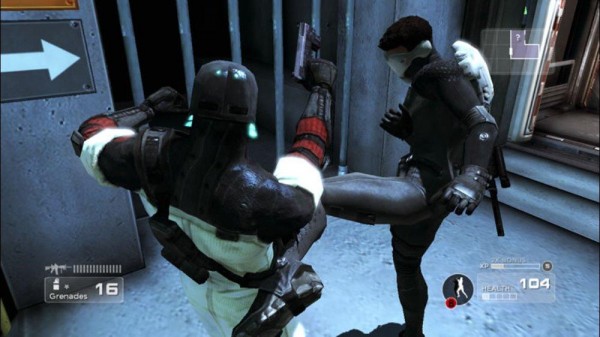 Aiming is weird at first – Considering you’ve probably played all 2D style action games aiming with a D-pad, aiming with the right analog stick will feel strange at first. The difficulty ramps up when three dimensions are brought into play and enemies off in the distance need to be killed. But not to worry, it doesn’t take long to get used to. Some may clamor for a more classic style of play but the unique aiming system suits this game rather well. 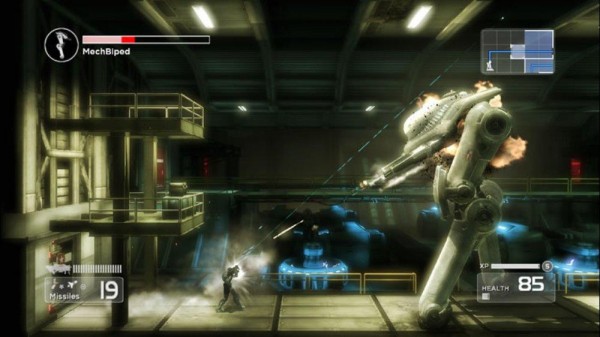 Shadow Complex is a retro gamer’s dream in the big boy shoes of modern games. It borrows heavily from classic franchise favorites but refines them to modern standards of combat and maneuverability. It has a well thought out story bolstered by great character acting that succeeds in going beyond just shooting enemies and blowing up mechs. This is a must-buy experience on Xbox Live Arcade and one you shouldn’t be without. Even when compared to retail it was one of the best games of 2009, and it’s still one of the best games today.