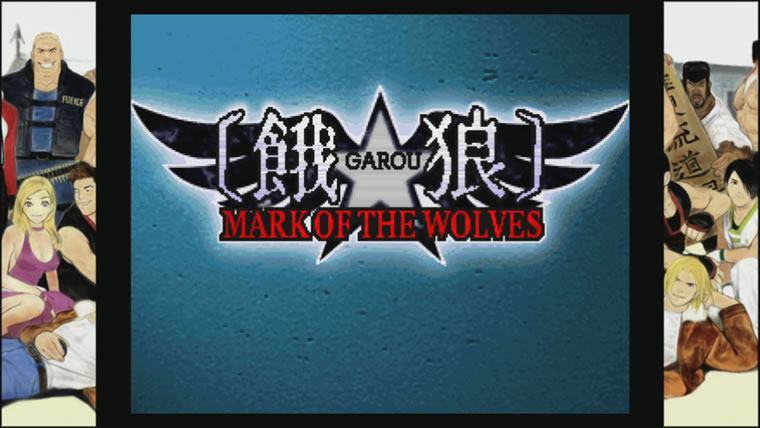 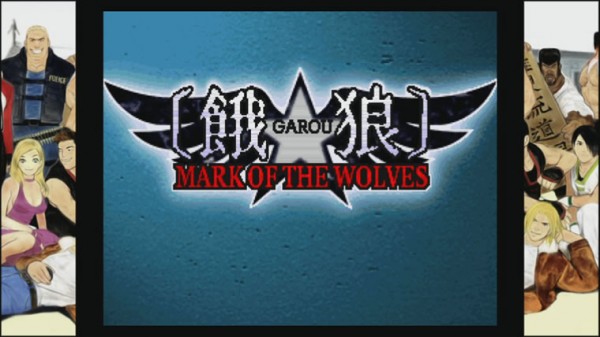 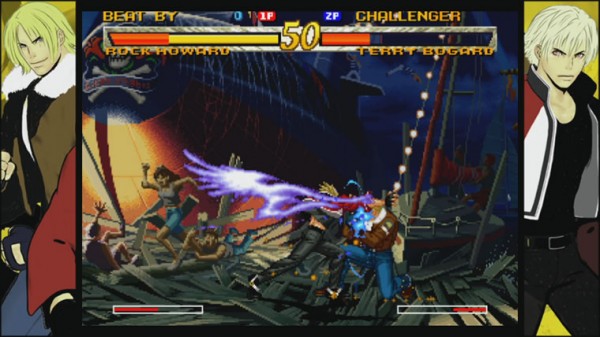 Awesome graphics – The 2D artwork in MOTW is a shining example of what the Neo-Geo was capable of. This game is a total original. It didn’t reuse any character art whatsoever, an incredibly rare thing at that time. What we getis beautifully animated sprites with a whole lot of life. The design for Terry Bogard with the bomber jacket has become his iconic look, and there were many versions of him before. Rock Howard is perhaps one of the finest character designs of all time. From a design standpoint everything is top notch. The backgrounds are pretty well done as well with a good amount of fan service to be found in them if you look close enough.

Perfect fighting system – The fighting in MOTW is as sharp as the best fighting games out there. The controls are spot on and the system is great. MOTW introduced the T.O.P. system which lets you choose a certain section of your life bar where you are more powerful. It can be at the beginning, end, really any place you choose. During that period you do more damage and have access to a special move. While in T.O.P. mode characters also slowly regenerate health. The other new system in MOTW is the Just Defend system. A Just Defend is essentially the opposite of a parry. You must hit back to block at the last possible second to Just Defend. Doing this will give the defender a frame advantage to use and regenerate them a small amount of health. These two new systems plus all of the standard fighting game tropes make for a solid and unique game.

New characters and story – The only established character in this game is Terry Bogard. Every other character is brand new. But the really cool thing is how they linked the new characters to the old ones. The game’s hero Rock Howard is actually the son of longtime antagonist Geese Howard. But in a twist he has been raised by Terry Bogard. The result is a character that is half good and half evil with moves from both characters skill sets. For a long time Fatal Fury/KOF fan this is beyond awesome. There’s a deep backstory, which is rare for a fighting game. It isn’t necessary to understand it all to enjoy the game though. 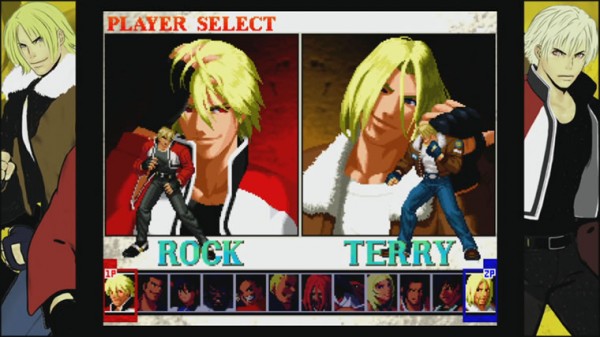 Poor online experience – Terrible online seems to be inevitable with SNK/Playmore games these days. It’s unfortunate that the online play just isn’t any good. Because it’s so poor there is virtually no online community playing MOTW anymore. To really enjoy this game you need a friend to come over.

No extras – It is a shame there is no challenge mode or anything else to extend replay value. We would have appreciated a bit more content. Even some unlockable art would have been nice. As it is, the game stands by itself. 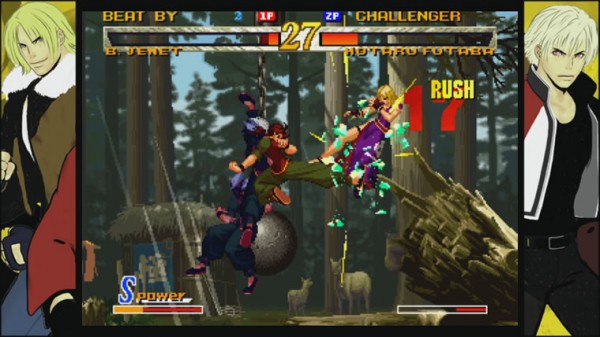 MOTW is one of the finest fighting games that no one has played. Every fighting fan owes it to themselves to play this game. Everything about it is good. The graphics are great and the gameplay is sharp. Don’t get caught up in all of the Street Fighter hype and forget about this game. You won’t regret giving it a chance.