Exit was developed by Taito and published by Microsoft Game Studios. It was released on October 24, 2007 and retails for 800MSP. 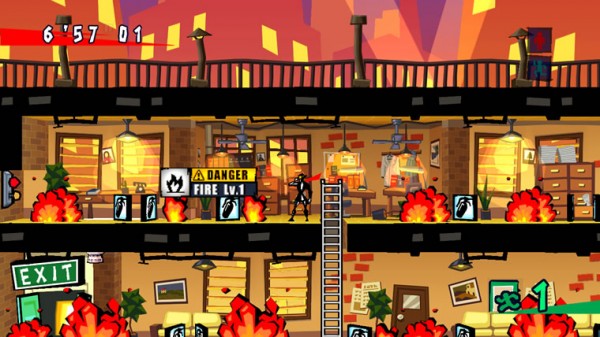 The concept of Exit is simple. One man enters a burning building or otherwise hazardous area and leads unfortunate victims to an imminent rescue. The hero is described as being an “escapologist” which we can infer means he is good at escaping things. Its a good thing too, because fire, electricity, huge gaps, and other such dangers stand between him and victory.

The main gameplay revolves around managing resources like fire extinguishers and ladders and also using the different skills of the victims effectively. For example, the big fat character is strong and can move really heavy objects. The kid is small and can fit through small tunnels. You get the idea. The whole point is to direct certain people to do certain things or go somewhere while you do something else to accomplish whatever task is in front of you at the moment. If that sounds complicated that’s because it is, and the slow game speed and clumsy controls don’t help matters. 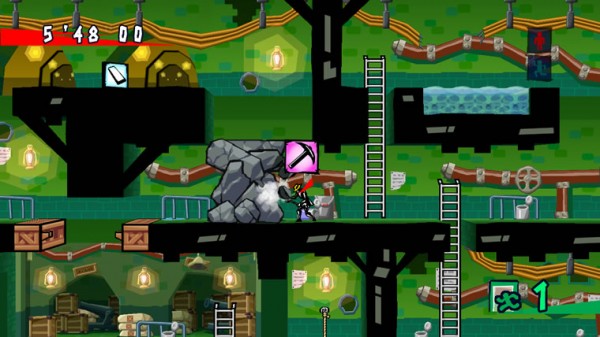 Cool art style – We really think that the look of Exit is pretty cool. The bright colors and polygonal character design come off as artsy, yet not cheesy. The hero also moves very well. His movement is reminiscent of characters in Flashback and Out of this World. Beautifully animated characters are always a joy to watch. It’s just a shame that such nice graphics were wasted on this game. 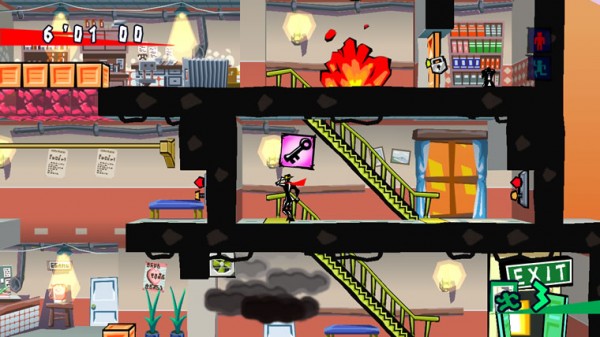 Way too slow – Simply put, this game moves too slowly for its own good. All of the good animation in the world is worthless if the game moves at a snail’s pace. It just doesn’t feel right compared to other games. On top of that is the clunky movement system. If you want to go up the stairs you have to stop moving forward and press up. If you want to go down a ladder you have to stop and press down. There’s a real sense of stopping and starting throughout the whole experience. If the pace of the game was sped up and refined it would actually have that sense of urgency needed, but it just drags on.

Clunky controls – As if the game wasn’t slow enough, Exit uses a cursor to select people and direct them. You have to toggle between the cursor and free movement. That slows the game down yet again. Much like the movement the controls feel cumbersome and poorly integrated. It makes you want to stop playing.

Annoying sound effects – As you become more and more frustrated by the gameplay Exit throws one final insult at you: annoying sounds. A lot of the sound effects could not be more annoying if they tried. The constant yelling of “Help!!” and “Over here!!” gets old almost immediately. If you didn’t want to shut the game off before, you will now.

The demo lies – Most demos give you an accurate idea of what the game is like. Whoever made Exit’s demo should be promoted because it actually made the game seem fun. The whole reason we bought the game to begin with was because of the demo’s presentation, a mistake we regret heavily. The actual game adds so much cumbersome garbage to the demo that it hardly seems like the same game. As you progress the game just keeps getting harder, slower, and more annoying. 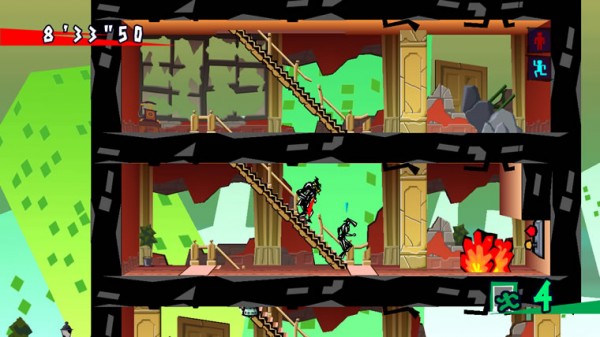 The truth is this is not a broken game. It does what it sets out to do, even if it’s in a cumbersome, annoying manner. There are definitely people who will enjoy this game, and that’s to be expected with just about any game. But we cannot in good conscience even recommend trying Exit because we know that the demo is so deceptive. It will trick you into buying it, and we just can’t have that. This one’s a game that buyers should be wary of.